Seal Pups and their Canine Counterparts 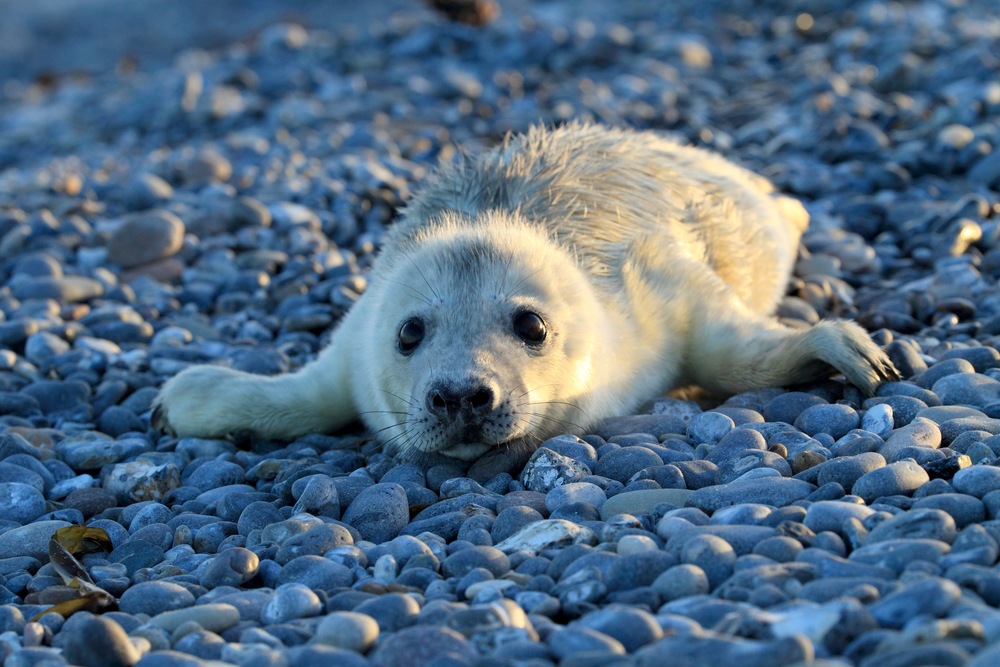 We call baby seals “pups”—but there’s more than a nickname connecting seals and their canine counterparts!

In today’s blog, we’re taking a look at the common characteristics that tie together this unlikely pair.

Keys dangling, doorbells ringing, thunder rolling. We don’t quite know if a seal would react to his environment the same way a dog does—but we do know that they both have quite a loud bark when they want to! Seals have been observed letting out all-too-familiar “arf, arf’s” as well as loud, drawn-out whines and wails that you’ve probably noticed Fido making on occasion, too.

Both dogs and seals are covered in fur that makes them soft and cuddly to the touch. The farther up north you go, the more fur the seals have—in the Arctic, for example, you’ll find varieties like the harp seal whose thick white coat makes them look almost like a canine in disguise.

In addition to their furry covers, dogs and seals also possess whiskers that can help them detect changes in the world around them—stimuli like weather, heat, wind, etc.

Dogs and seals are both social animals. Most seal species are known to do everyday activities (like sleeping, eating, or even sunbathing) together. The same can be said for our four-legged friends on land; even if they don’t have another dog around, they’re always happy to cuddle up and enjoy a human friend’s company.

The presence of social structures among seals is also worth noting. These animals are smart enough to come up with (and recognize) hierarchies with which to base their lives around. Dogs, too, are known for similar social structures—with one dog of a group assuming the role of “alpha,” for example.

Don’t take our word for it—entire languages have called attention to the closeness and similarity between seals and dogs! Take, for example, the Dutch word for seal, zeehond, which literally translates to “sea dog.” We couldn’t think up a better name if we tried.

As it turns out, there’s more to these connections than meets the eye. Dogs and seals (along with animals like raccoons and even weasels) both descend from a common ancestor, a suborder of carnivores called Caniformia. While their most recent genetic connection might be centuries in the past, it’s still interesting to see that science backs up the unique bond between these two species.

Friendly, fluffy, and playful, we can’t think of an animal more like Fido! The next time you spot a seal by the water, or on the famous Pacific piers, see what similarities you spot.

Music on Your Monterey

10 Ways to Get Ready for Summer Boating

In the Foxes Den Coca Cola's Polar Bear Our Favorite Sea Animals and Their On-Land Equivalents Inside Antirhodos: Cleopatra's Palace Below the Sea