In the Foxes Den

We’re taking a closer look at the arctic fox, an animal of the “North Pole!” The arctic fox is a small fox found in the Arctic, commonly in the Arctic tundra biome. It’s also known as the polar fox, white box, and snow fox. Keep reading today’s blog to learn more about this Arctic animal!

Unlike other species, the arctic fox is well adapted for living in polar regions. The fox has an extra thick layer of fur to keep itself warm. Their fur is brown during the Summer months, and white in Winter. Biologically they are built with a countercurrent heat exchange system that circulates blood to their paws to maintain their core body temperature. Their round shape, short legs and ears allow them a smaller surface area so that less body heat escapes. Walking on ice is not a problem for the fox since their paws are covered with a thick layer of fur. If the arctic fox is not out hunting for food, they are with their families underground in a den.

The arctic fox prefers to feed on ringed seal pups, but will feed on voles, lemmings, bird eggs, and fish if seal pups are scarce. To prepare for food shortages, the fox burrys what it can find in order to save it for later. In the Summer, they will sometimes feed on berries and other fruit. They have ultra-sensitive hearing that enables them to hear prey hiding under the snow.

What other adaptations do you know of that allow animals to survive at the “North Pole?” 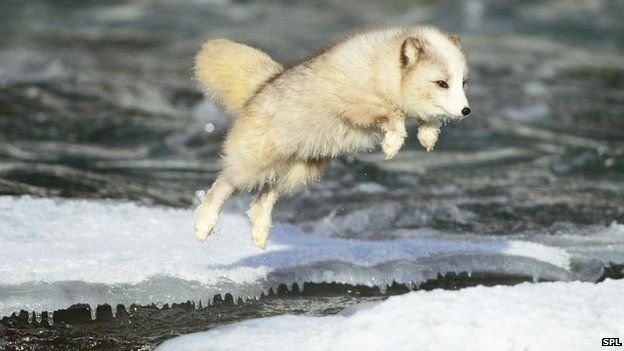 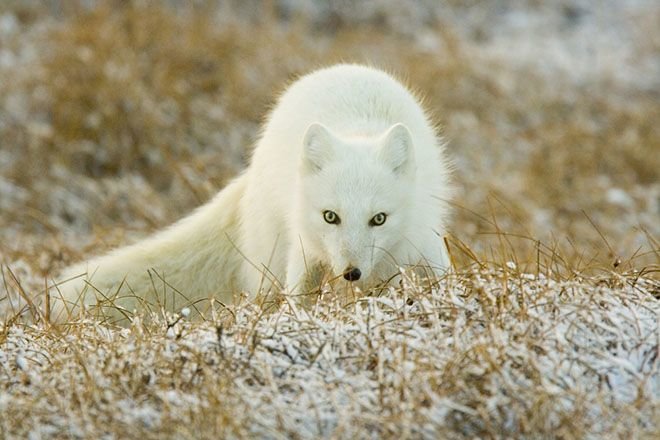 Animals of the North Pole

Animals of the North Pole Spending the Day in Aberdeen! How Your Boat Trip Boosts Productivity Do Reindeer Swim, Too?