Inside Antirhodos: Cleopatra's Palace Below the Sea 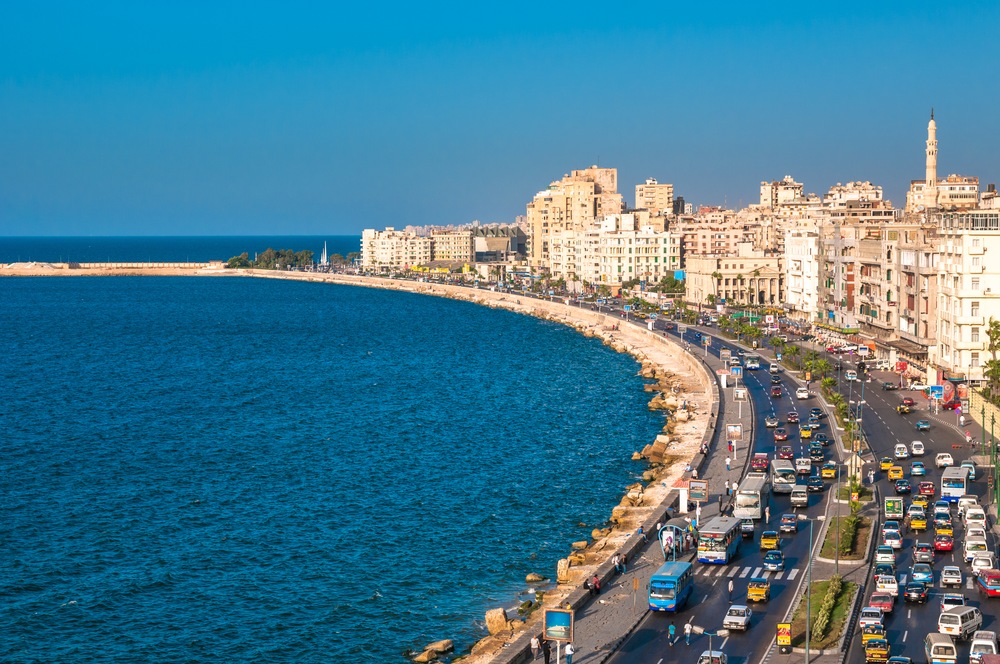 When you think of the Egyptian landscape, your mind probably jumps to Giza's Great Sphinx or the Pyramids, towering symbols of antiquity--but not all of the area's treasures sit on dry land.

Antirhodos was a center of culture, opulence, and royalty--the island once served as the palace home of Queen Cleopatra! Unlike its other sunken city counterparts (like the Lost City of Atlantis), we know a bit more about Antirhodos because we've actually seen it below the surface.

Take a look at today's blog to learn more about this majestic relic of Ancient Egypt--and to see how it made its way to the depths of the Alexandrian ocean.

For as amazing and informative the discovery of Antirhodos turned out to be for Egyptian culture, it's a relatively young discover--just over 20 years old, in fact!
In 1996, underwater archaeologist Franck Goddio discovered the submerged remains of the island, doing so with little more than a millennia-old "tip" from the Greek historian, Strabo, who actually placed the island at the west side of the Alexandria harbor, instead of the east where it was ultimately found.

Nevertheless, the discoveries there were surprising. Among them was a 3rd century BC palace, whose age would make it a natural fit as Cleopatra's abode--but it was interestingly small, with luxurious marble flooring but only about 300 feet in length. Also found at the underwater palace were sphinxes--made with granite instead of the famous limestone used in Giza--and docks that reflect the seafaring spirit of the island.

It was pivotally located, and home to one of history's most famous leaders--so what happened to the small island of Antirhodos? A Cretan earthquake--which likely occurred in 365--is believed to have brought about the island's downfall, shattering its foundation and leading to a tsunami that wiped out what remained.

Due to, well, logistical constraints (you can't easily snap a photo of your trip to the underwater city!), Antirhodos may fall under the shadow of its dry-land counterparts. But it's impossible to deny that the lost city is richly steeped in cultural and natural importance, filled with treasures that we're still learning from today!

Looking to the Skies