Our Favorite Sea Animals and Their On-Land Equivalents 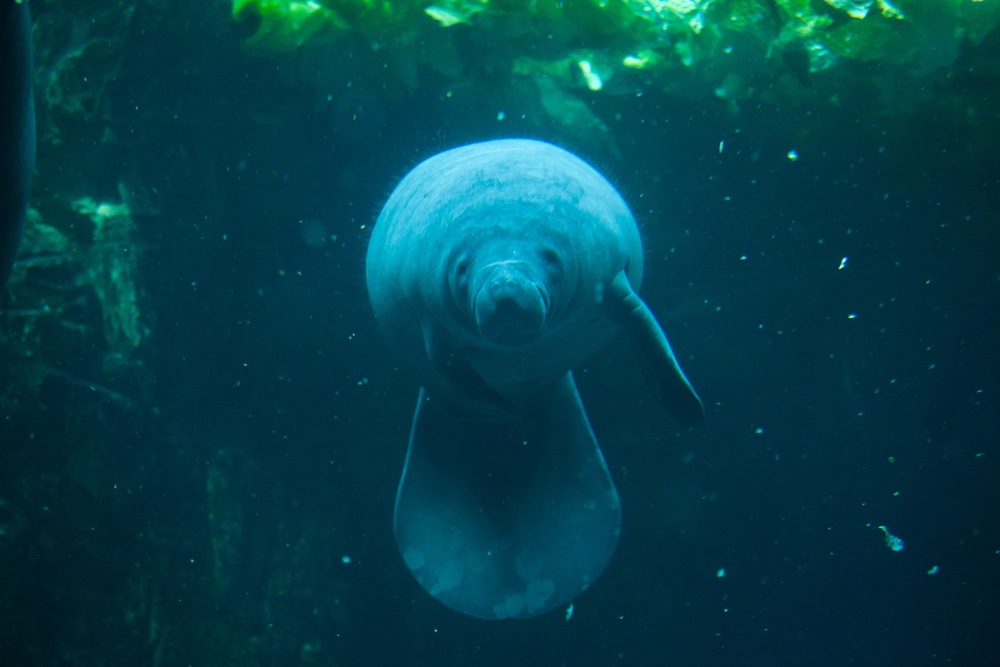 Throughout much of history, scientists got to know the land before they really knew the sea—so it only makes sense that so many of our favorite sea animals are named after familiar faces on land!

But just how similar are these sea animals to their land-loving counterparts? Take a look at today’s blog to find out!

It’s easy to see why the manatee is often nicknamed the sea cow—both manatees and cows are large, slow-moving mammals known for gentle, friendly personalities. It’s hard to deny the similarity, especially if you’ve spotted a manatee in person! But did you know that another, even larger sea animal was once called the sea cow? The Steller’s Sea Cow was a true mammoth of the seas, and is believed to have reached more than 30 feet and weighed up to 10 tons! Related to the manatees of today, this larger-than-life predecessor was declared extinct fairly recently, about 250 years ago.

The regal-looking seahorse’s head and neck look undeniably similar to those of the horse—but the name of the seahorse’s genus, Hippocampus, has an even more telling meaning! It’s a combination of the Greek words “Hippos” and “Kampos,” meaning “horse” and “sea monster!” We don’t think there’s anything particularly threatening or monster-like about the seahorse, but it’s still interesting to see the kind of reputation it had in its earliest days.

Zebra sharks, surprisingly, have speckles in place of stripes—so it might be more appropriate to call them Dalmatian sharks! They are also distinct from their on-land counterparts in terms of social behavior, with zebras spending lots of time together and zebra sharks typically preferring to go solo.

A few fish actually share this nickname, and for different reasons. The red pigfish is notably pink like a pig, while the red-mouth grunt is named for the pig-like grunting noise it makes.

We want to know—what water-dwelling creature is most like its dry-land namesake? Share your ideas with us below!

A Look at the Electric Eel

An Immersive Way to Celebrate National Zoo and Aquarium Month Welcome to Doggerland: A Land Beneath the Sea Zoo & Aquarium Month: Innovative Aquariums Around The World Animals of the North Pole