June is Zoo and Aquarium Month—and for boaters who spend lots of time on lake and ocean water, we know aquatic and marine life can be especially interesting. In honor of the month, we’re taking a virtual worldwide tour of some of the biggest and most innovative aquariums around. Maybe you and the family will be able to visit one this summer!

Travelers from all over the world flock to the Georgia Aquarium, located in Atlanta, for its sheer species diversity (500) and physical size. With more than 100,000 animals in house, the Georgia Aquarium is a must-see spot for boaters and all lovers of marine or aquatic animals. It is especially famous for its large viewing theater, where a crowd can observe in awe the aquarium’s animals interact—one such species, the intriguing whale shark, is not found in any other aquarium outside of Asia.

If you’re a fan of the SeaWorld parks in Florida, Texas or California, you’ll definitely love Chime-Long Ocean Kingdom, too. The aquarium and adventure park, which was built in hopes of becoming the “Orlando of China,” is located in Hengqin, Zhuhai, and boasted an impressive 5.5 million guests in 2014 alone! What makes Chime-Long so interesting is its variety of aquatic themed activities for kids and adults alike. The aquarium’s physical build is record-setting alone—its window is the largest in the world! Inside you’ll find brilliant manta rays, whale sharks, octopuses and other animals. After spending some time in the aquarium, you can take a ride on the Parrot Coaster or go into the aquarium tank itself on the Deep Sea Odyssey submarine ride!

One of the largest aquariums in Europe, the Aquarium of Genoa is one of a kind. While its 70 tanks and 6000 or so animals are impressive features, the aquarium is especially unique thanks to its attention to animals’ natural habitats. Several tanks are designed to mimic their real world inspirations, so you will be able to visit a Mediterranean or Indian Ocean tank, for example.

The Sea Life Sydney Aquarium may seem unassuming from the outside—the building’s exterior is shaped like a small wave and is situated on the east side of Sydney’s Darling Harbor—but what’s inside is an experience and species variety you’ll only find in the waters surrounding Australia. If you come for a visit, expect to see platypuses, the world’s largest Great Barrier Reef display, and two of only six dugongs on display in the entire world! The Sea Life Sydney Aquarium’s unique location (literally at the water’s edge) makes it that much realer of an experience for visitors.

Turkuazoo, located in Istanbul, Turkey, became the country’s first public aquarium in 2009. The aquarium is located inside of the Forum Istanbul Shopping Mall, so after your day of shopping stop in and observe some of the world’s most interesting water dwellers, from tiger sharks to piranhas. Turkuazoo is especially unique because of its well thought out tanks, including a flooded forest and tropical sea zone.

Aquariums are such great spots to visit because you can go in rain or shine and usually won’t have to pay much (or anything) to stop by and enjoy the afternoon. Whether you visit a local aquarium or one of the international destinations above, pay special attention to the animals you see in those tanks—maybe one day you’ll spot one of them on the water! 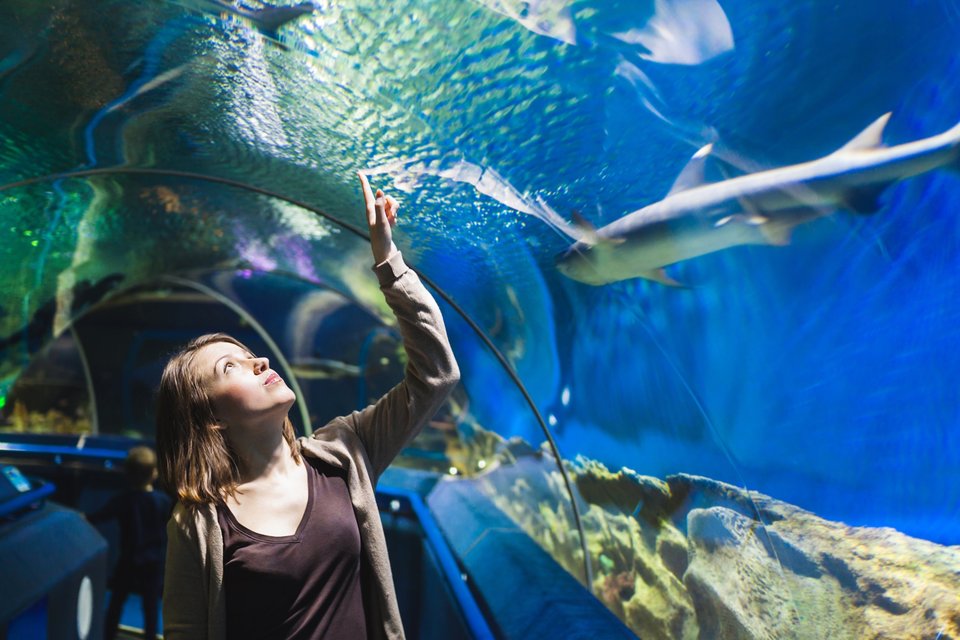 Our Tips for a Green & Clean Monterey Boat