A Look at the Electric Eel 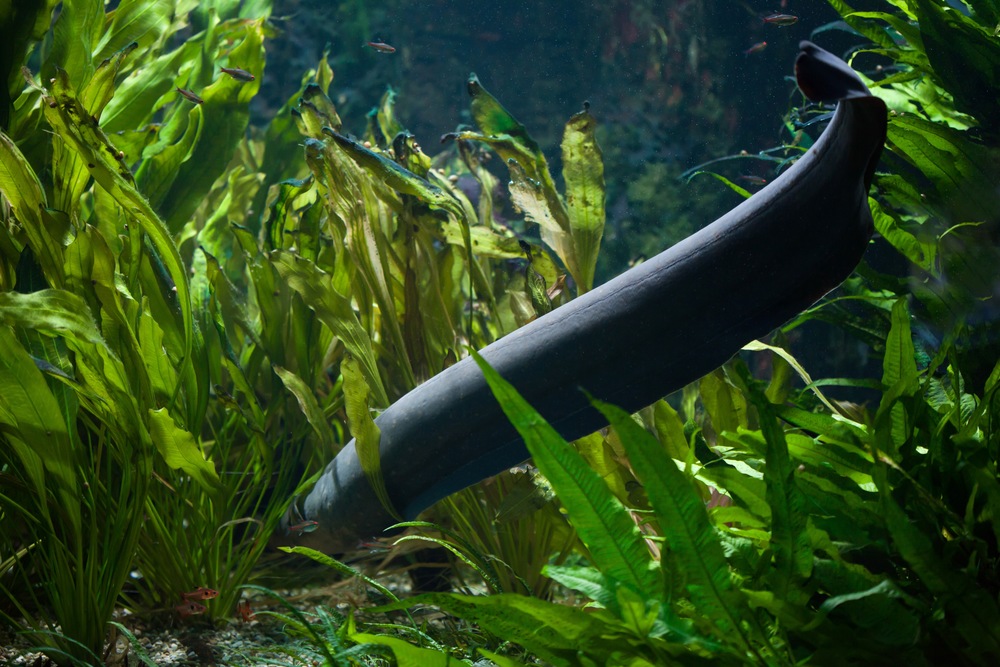 Even the calmest bodies of water can be home to quite a buzz below the surface. That buzz comes our way via animals like the mysterious electric eel, who can produce a charge—sans any batteries or wall outlets!

To learn more about zapping zoology and the unique applications it can have on our daily lives, take a look at today’s blog.

The electric eel… or is it?

The electric eel may share the same long, snakelike body that its namesake does—but it is, in fact, a fish, a knife fish to be exact! The lake dwelling fish is perhaps best known for its ability to “zap” prey, using internal organs made with electrolytes to generate a charge, or electric current, in the water.

But the electric eel isn’t just able to charge up its surroundings—it can also send out electric signals to sense nearby objects and other animals, including some who emit charges of their own.

The impact on humans

Despite electric eels being a popular feature of many a spooky water story, it’s unlikely that you will ever run into one—especially since they prefer to populate the muddy floor of still waters in the Amazon, Orinoco River, and other smaller bodies of water.

But we’re not entirely free of the influence of electric eels—and that might be a good thing! Scientists have suggested that we study and replicate the electric eel’s cells to be used in biotechnology like medical implants. If this comes to fruition, we might stop seeing electric eels as spooky monsters of the water—instead, they’ll be the inspiration for groundbreaking technology that could one day benefit your life or the life of a loved one. Not too bad for a supposedly sinister “eel!”

As we mentioned earlier, electric eels aren’t the only animals abuzz below the surface. The oddly-shaped elephant nose fish, for example, uses its trunk-like appendage to sense the subtle electric fields naturally given off by animals and objects in the water. Sharks can also detect this kind of electricity—but instead of using that ability to avoid predators, they more aptly use it to track down unsuspecting prey!

While electric animals might seem like sci-fi inventions of the future, they’re natural parts of Earth’s waterways—and seem to be here to stay!

Our Favorite Sea Animals and Their On-Land Equivalents