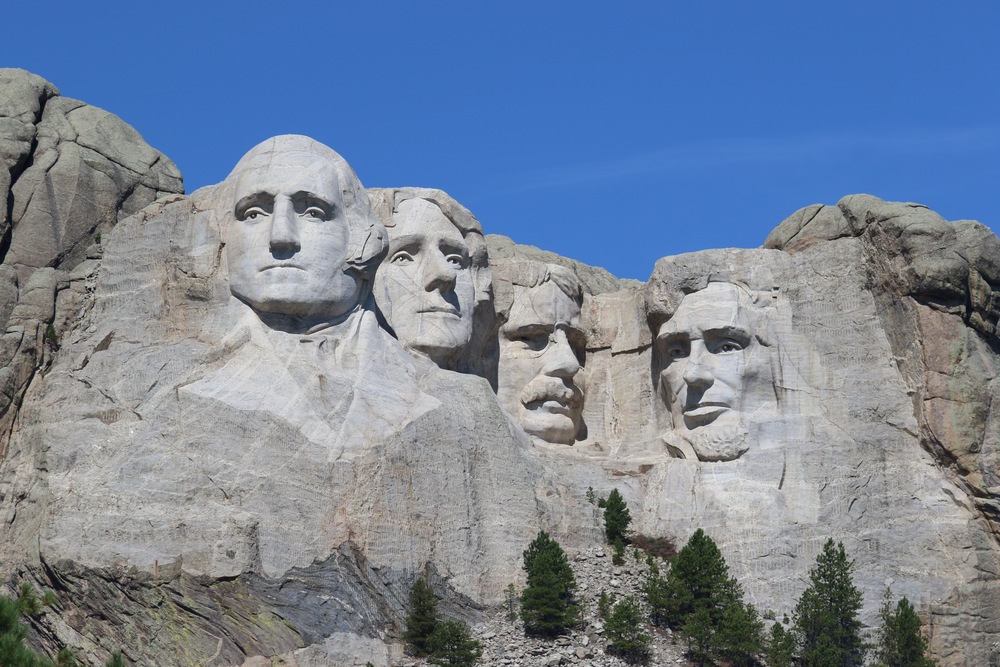 The summer may be winding down, but not before families across the country sneak in one last vacation!

If you find yourself in that boat, you can’t go wrong with a trip to one of our nation’s most famous (and recognizable) landmarks: Mount Rushmore.

While the rocky sculptures alone are worth a visit, they proudly sit not an hour’s drive away from some of the West’s most beloved waterways.

Take a look at both of these bona fide treasures in the blog below!

For as beautiful as Mount Rushmore is, its premise might seem a little bizarre to those not in-the-know. What prompted these four faces (Washington, Jefferson, Roosevelt, and Lincoln) to be carved into the mountain in the first place?

There’s a meaningful answer: the presidents were chosen for their enormous efforts in growing and maintaining their country’s natural and political foundations. Specifically, Washington was included for effectively founding the country and serving as its first leader; Jefferson for expanding the country’s terrain through the Louisiana Purchase; Roosevelt for his work in conserving America’s natural bounty; and Lincoln, for bringing the nation together.

You know the faces on Mount Rushmore are truly larger than life… but just how large are they? The faces themselves are about 60 feet high, while the noses run around a third of that. 450,000 tons of granite were carved off the mountain’s face primarily using dynamite, though it took a while—14 years, to be exact—to get the feature’s just right.

Exploring the Black Hills (and a tucked-away treasure)

Once you’ve thoroughly soaked up the majesty of Mount Rushmore, there’s only one thing left to do: cool off! You can start out with a shaded hike around the forested Black Hills (the mountain range named for its abundant tree cover). Nestled among the famous range is Custer State Park, where you can watch wildlife such as bison and donkeys—affectionately dubbed the “Begging Burros” for their tendency to approach visitors for food. You can also find cool comfort in one of the area’s five sparkling lakes, the largest of which is named Stockade. Here you will find cozy lakeside campsites and aquatic thrills in the way of boating, swimming, or fishing for catches like largemouth bass and yellow bullhead.

Another of the Custer lakes worth visiting is Sylvan Lake. While this spot is geared more toward non-motorized craft, it still offers an unbeatable aquatic experience. You can canoe or kayak alongside the lake’s vivid green shores and rocky outcrops, the perfect backdrop to a peaceful paddle or fishing trip!

These waterways provide the perfect complement to the stony brilliance of Mount Rushmore, and they’re easily accessible—you can get to any of these lakes in just over half an hour.

With your Monterey in tow, you can go just about anywhere… even one of America’s most famous mountains! We hope that today’s blog helps you cap off your summer with a bang.

Snorkeling? As the Romans Do

Dream Getaways: Boating to Your Own Private Island