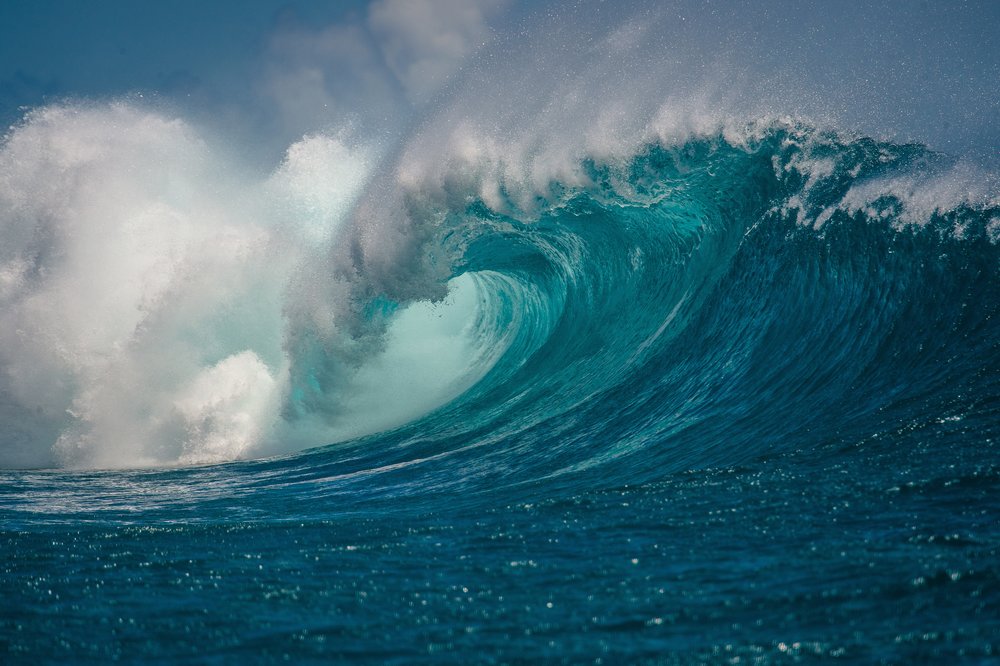 Large, sudden and certainly scary, rogue waves are nothing to laugh it—but until fairly recently, these monster waves weren’t even accepted as scientific fact!

In today’s blog, we’re exploring the nature of the rogue wave, how we discovered it, and the science behind its seemingly impossible strength.

What makes a rogue wave?

A rogue wave is any wave that is more than twice the height of a given space’s significant wave height (a measure of the average height of waves in an area). Therefore, a rogue wave in one patch of water might not be considered rogue in a rougher area of the sea—it’s all relative.

While rogue waves may seem impossible, they most likely happen when a perfect storm of factors—especially wind and ocean currents—combine at just the right moment to form an incredibly large wave.

Thanks to the larger-than-life nature of rogue waves, early descriptions of them were often discounted as myths or over exaggerations. Take, for example, the case of Captain Jules Dumont d'Urville from France. In 1826, he described seeing waves more than 100 feet in height in the Indian Ocean—and was promptly ridiculed by the Prime Minister of France at the time.

If such disbelief in a natural phenomenon seems odd today, that’s because we’re used to the clear evidence supplied by photos, videos, and advanced recording equipment. In a time when such technology wasn’t available, few had ever seen the ocean; even less had been on the water, and only a fraction of people could even believe that waves could reach such massive heights.

Until very recently, many cases of startling large waves were treated like d’Urville’s—but that all changed in 1995. On New Year’s Day, the North Sea’s Draupner Platform (located off the coast of Norway) recorded a wave 84 feet in height that seemingly came out of nowhere. Thanks to the evidence provided by a laser sensor reading, and some minor amounts of damage done to the platform itself, the scientific community finally had tangible proof of a rogue, or “freak” wave.

Since then, the validity of these waves occurring has become an accepted fact of the seas. There are still stories of rogue waves before this date, of course—they just weren’t confirmed to the same standard that the Draupner wave was, and happened before waves of this kind were taken as fact.

While a rogue wave may seem scary, rest assured that they’re not common on the water—as the nicknames “freak wave” or “abnormal wave” might suggest!