In 1939, US Congress established the United States Coast Guard Reserve, later known as the USCG Auxiliary. This all-volunteer force was created to assist the Coast Guard in all of its missions, with the exception of those that required direct law enforcement or military engagement. In light of its anniversary, we’re looking at the roles and duties carried out by the Aux that you might not be familiar with. The USCG Aux…

…performs vessel safety checks. We’ve talked about these checks before, and they’re a huge help to ensuring the safety of boaters across the country. Volunteers perform them for free to get you on your way to a safe, enjoyable trip on the water!

…serves as harbor patrol. Harbor patrol, among other tasks, helps organize marine activities by region and conducts searches and rescues.

…helps with marine environment protection. While environmental protection is nothing new, the ability to enforce it at a local level is a key part of the Aux’s function. The Aux’s work in this field helps keep local waterways clean and safe—both for boaters and marine life alike.

…believes in “sepmper paratus.” This famous Aux motto—which means “always ready”—is putting it lightly. A combined two million volunteer hours are put in by Auxiliarists every year in the hopes of making the country’s waterways safer and more secure. 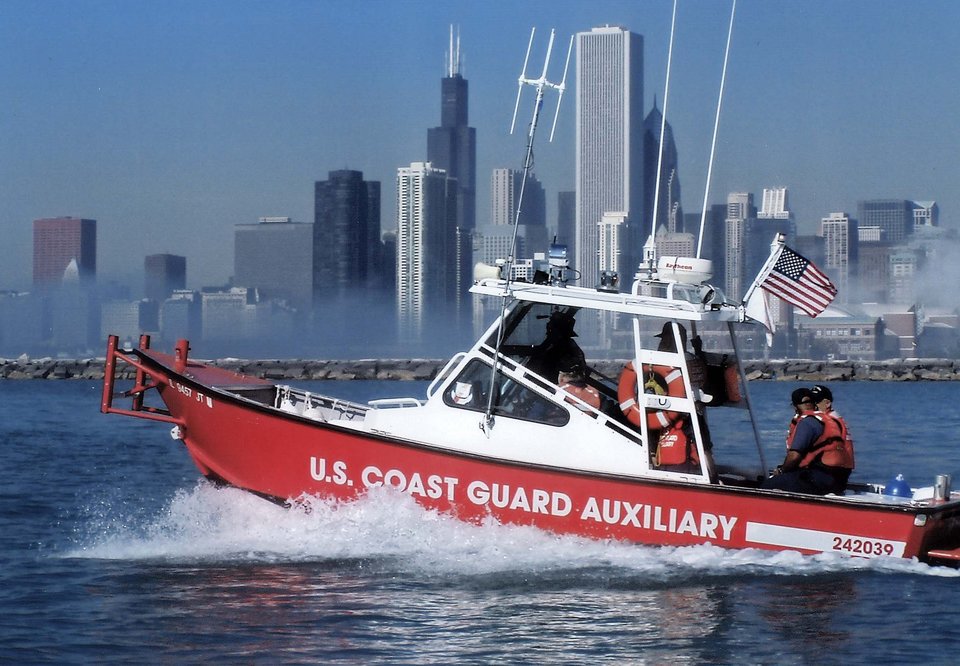