The Largest Creatures of the Deep

The world’s largest sea creatures may not all be scary—but they do set the standard for size in the deep blue sea. In today’s blog, we will be looking at a few of the largest creatures you can expect to find on your next ocean excursion.

The Gulf of Mexico is currently seeing growing numbers of the Asian Tiger Prawn, an invasive giant prawn that preys on smaller shrimp… and grows to be as long as a man’s arm! This species is creating a problem for those in the shrimp industry, who depend on healthy levels of smaller shrimp to make a living.

When it comes to octopuses, the giant Pacific octopus takes the cake in terms of size. This species of octopus, which lives in temperate Pacific Ocean waters, can grow to enormous sizes—while the record for size in this type of octopus is a whopping 30 feet long and 600 pounds, the average size (16 feet and 110 pounds) is still impressive. The giant Pacific octopus is the largest and longest-living octopus, and is known to be incredibly intelligent.

Maine may be famous for its lobsters, but you won’t be able to feast on the largest one ever found there! This record belongs to a 27-pound lobster found off the coast of Maine in 2012. The lobster—which was about as large as a young child—was eventually released back into the wild, but not before researchers at the Maine State Aquarium got to examine it. Its weighty claws were said to be strong enough to be able to break your arm!

While this may be the largest lobster ever caught in Maine, it wasn’t quite the largest in the world. That would be a 44-pound lobster found off the coast of Nova Scotia in 1977.

The blue whale is the largest and heaviest animal we know to exist—and its size is comparable to some of the largest dinosaurs we’ve ever known to exist, too! Numbers of these spectacular creatures are said to be anywhere between 5,000 and 12,000 worldwide, though pinning an exact estimate can be difficult.

Have you ever spotted any of these creatures of the deep? Share your experiences and photos with us here! 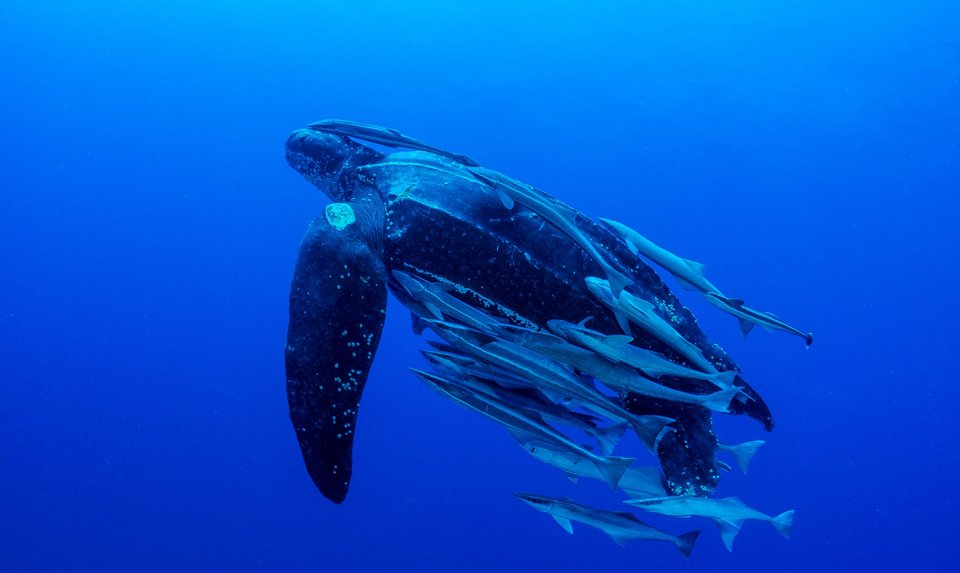 10 of the Strangest Sea Creatures Creatures of the Deep: What?s in a Name? Sirens of the Sea 5 Incognito Animals of the Sea