Creatures of the Deep: What’s in a Name? 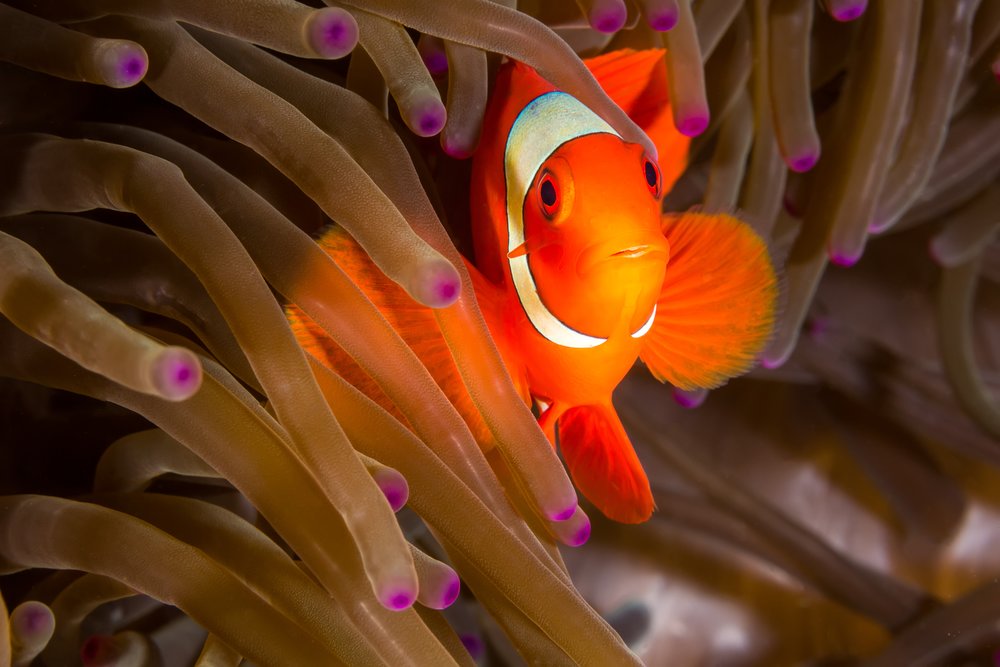 Clownfish, whale shark, sand dollar… you’ve no doubt heard of these sea creatures before. But have you ever wondered where these—and many other creatures of the deep—got their unusual names? In today’s blog, we’re looking at eight unique species and the stories behind their names.

You’ve likely seen or collected your share of sand dollars—but what are those unique, mysterious dollars actually made of?

A sand dollar actually describes a species of sea urchin, which burrow on the ocean floor and have flat, hairy bodies. The petal-like features you see on sand dollars are actually pores used for gas exchange—and the name “sand dollar” refers to the look and shape of the urchin after it washes up on shore. It looks much like an oversized silver dollar!

If you didn’t know that sand dollars were actual, living critters before collecting them, don’t worry—you’ve likely only picked up the remnants of the urchin, not the organism itself. You can tell the difference by the color and feel or the sand dollar—if it’s brittle and bleached by the sun, you’re in the clear. Living sand dollars are often green, blue or purple and have tiny hairs all over their bodies.

A whale shark might have “whale” in its name, but it’s not a mammal at all! So named for its large body and gentle nature—whale sharks feed almost entirely on plankton—the whale shark happens to be the largest extant fish species in the deep.

The sea cucumber isn’t a fruit or vegetable at all—in fact, like the sand dollar, it is an echinoderm! While they do resemble the land cucumber in size and shape, sea cucumbers can actually travel through the water by swimming, floating or jumping.

As a child, did you ever think that seahorses were actual horses living under the sea? While the name may seem misleading, the seahorse does have a face and neck reminiscent of the horses we see on land.

Unicorn fish are named for the hornlike protrusion found on their heads. While they may be cute, they don’t come quite as close to resembling a true unicorn as narwhals, toothed whales with long “horns” suggestive of our favorite fairytale creatures.

If you’ve never seen or heard of a leafy sea dragon before, it might be hard to guess exactly what this sea creature is. Named for its dragon-like body and “wings” or leaves, protruding structures that serve as camouflage, this creature is remarkable to see and observe in action.

We’ve mentioned clownfish before—and while they may make you laugh, they aren’t inherently funny fish! Clownfish are named for the bold colors that are reminiscent of a garish clown.

The trumpetfish’s long, upturned and tubular mouth is designed for feeding—but to us, its body resembles the classic brass instrument for which it is named.

Some names are only natural—while others, as you can see, can be completely misleading. Which of these creatures were you already familiar with, and which surprised you? Let us know!