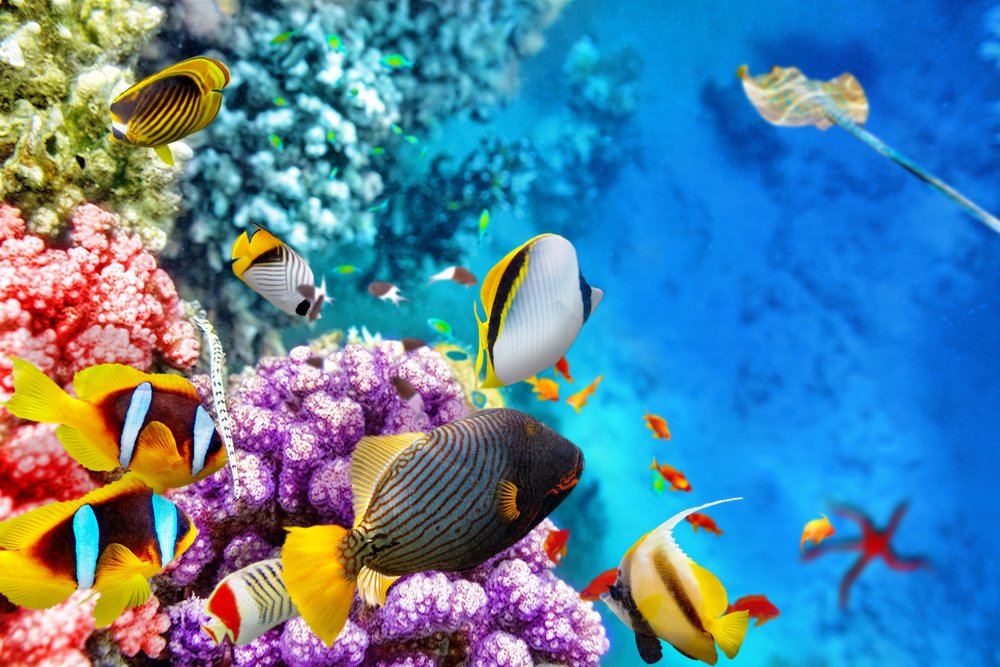 What is the largest living thing on Earth? If you answered the blue whale, elephant or giraffe, you need to think bigger—much bigger!

The Great Barrier Reef off the coast of Australia covers about 133,000 square miles and is, in fact, the largest structure in the world made by living organisms. So while it can’t physically stand up next to the world’s largest animals, it’s still a hugely impressive natural feat!

In today’s blog, we’re looking a few of the most interesting facts behind the world famous reef.

The Great Barrier Reef can be seen from space

As an underwater structure, we find that fact that the Great Barrier Reef can be seen from space pretty impressive! Look for the reef on any piece of satellite imagery—you’ll spot the landmark chain off Australia’s Queensland coast.

About two million people visit the reef every year

The reef is so popular and important to Australian culture that it sees a mammoth amount of visitors every year—about two million to be exact. These visitors can experience the reef in a wide variety of ways, from diving to viewing it from a helicopter for a bird’s eye view. Visitors can also boat around the region, in a yacht or a glass-bottomed boat that affords the best view.

The numbers are staggering when it comes to the sheer amount of biodiversity in the Great Barrier Reef. 215 bird species fly and stop over the reef, 17 sea snake species call it home, and more than 1500 fish species swim through it year after year. The reef is actually home to around one tenth of the world’s fish species—an enormous feat accomplished through nature.

If you plan to head to the reef any time soon, be sure to bring enough for a “reef tax” of a few dollars—but don’t worry, this is money going to a great cause! Visitors who pay the tax are contributing to conservation efforts vital to the maintenance of the Great Barrier Reef as one of the world’s most beautiful places.

You can enjoy a virtual tour today

Can’t make it to the reef in person? Google might have the next best thing. It took photos of the reef for its Street View platform, so you can “move” past the structure underwater and see much of the natural beauty. Nothing beats the real thing, but this is a great way to get an idea of just how vast and striking the Great Barrier Reef truly is.

Have you ever been to the Great Barrier Reef? Whether you’ve been there one, two, three times or even more, there’s always something new to see—so take the leap and soak it all in!

Creatures of the Deep: What?s in a Name?

The Great Florida Reef Down Under at the Great Barrier Reef! Coral Reef Formation Life at the Reef