5 Incognito Animals of the Sea 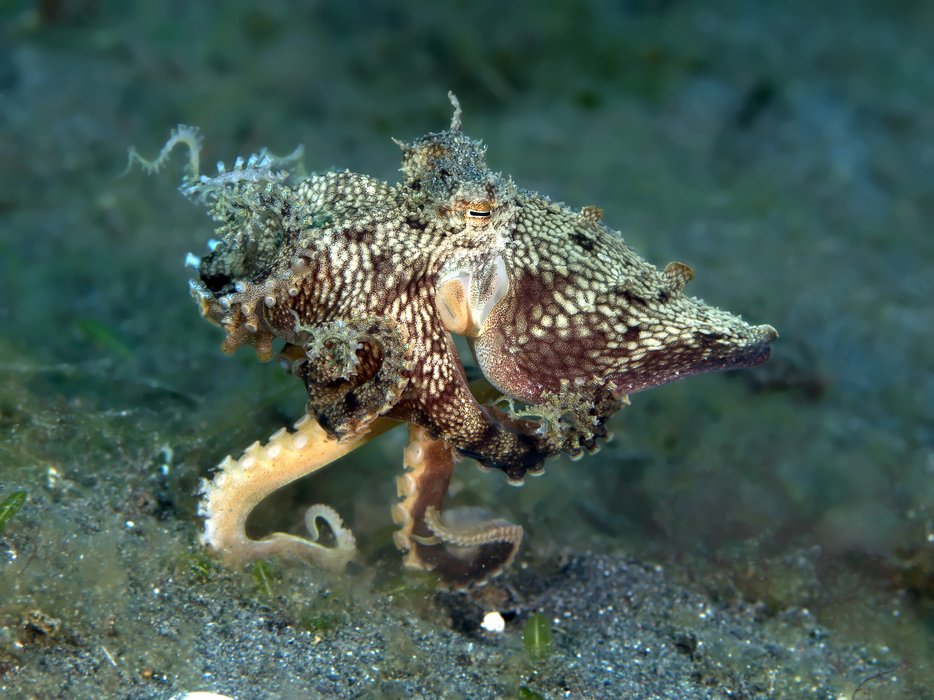 From color-shifting chameleons to the master of disguise leaf bug, our planet is filled with creatures who know a thing or two about sneaking around. But did you know that the globe’s oceans are just as packed with animals who know how to stay hidden?

In today’s blog, we’re looking at five of the top incognito animals of the sea.

Mimic octopus
The mimic octopus does just what its name suggests—and very well, at that! This octopus is widely regarded as the underwater master of disguise, since it doesn’t just change colors to hide in its surroundings—it puts on an act as an entirely different species! The mimic octopus has been observed masquerading as jellyfish or even a sea snake, by splitting two legs in opposing directions while hiding the rest of its body in a hole.

Leafy sea dragon
In another example of literal naming, the leafy sea dragon lives up to its title by resembling a piece of leafy piece of seaweed. Affectionately dubbed the “Leafy” in its home of Southwest Australia, this sea dragon is related to more commonly known species like the sea horse. Perhaps most surprising of all, the leafy sea dragon doesn’t use its leafy “legs” for movement—they’re pure decoration, or, rather, camouflage against more predatory creatures of the deep.

Stonefish
The venomous stonefish has a spiny back that can release dangerous neurotoxins when threatened. What makes the stonefish especially dangerous, however, is that it’s so hard to spot! The stonefish lays itself flat on the sandy, rocky floor and blends in with ease when it wants to hide.

Bluestriped fangblenny
The last fish on our list is one of the most deceptive, but not just because of its ability to shift colors. The bluestriped fangblenny actually uses aggressive mimicry, a tool predators use to sneakily search for their prey—although at first glance, this fish (otherwise known as the bluestriped sabretooth blenny) looks quite harmless!

Thanks to their natural camouflage, you might not even know if you’ve ever encountered one of these creatures on the water—and, in some cases, you might be glad for that!

All About the Amazon

DIY Gifts Inspired by the Water

An Immersive Way to Celebrate National Zoo and Aquarium Month Our Favorite Sea Animals and Their On-Land Equivalents Zoo & Aquarium Month: Innovative Aquariums Around The World The Sea Urchin