All About the Amazon 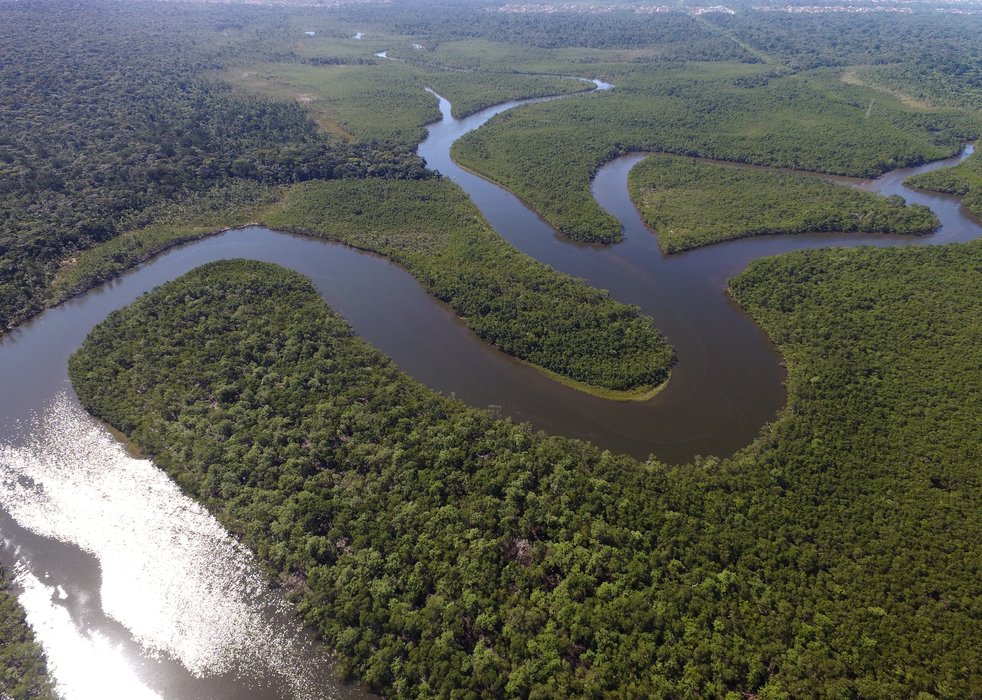 If you're currently in a holiday shopping frenzy, you might hear "Amazon" and think of the famous shopping website— but guess again! Today's blog is all about the winding, mysterious Amazon River.

We're taking a look at some of the surprising facts behind the world's longest river.

It’s not all untouched wilderness

When you think of the Amazon River, you probably think of a winding river that's teeming with flora and fauna in the water and on its untouched, natural banks—and you'd be right! Partially, anyway. For a river this long, there's bound to be a change in scenery along the way. Take, for example, the Brazilian city of Manaus, which sits within the Amazon Rainforest and boasts a population of more than 2 million!

The Amazon River is often said to be the world's longest river—but not without some controversy. It has often been disputed whether the Amazon or the Nile truly is the longest of its kind, although a study of Brazilian scientists that calculated the lengths of both rivers using the same metrics found that the Amazon was 4,345 miles long—longer than its rival, the Nile, but by less than 100 miles.

…and winds through the world’s largest rainforest

It only makes sense that the forest that surrounds the Amazon would be hefty in size, too. The Amazon Rainforest is sometimes called the "Lungs of the World," thanks to its sheer amount of trees that take in carbon dioxide and, in turn, release oxygen into the world.

“Amazon” is a name borrowed from the Greeks

"Amazon" isn't a native word—rather, it was carried over by European explorers to the area! Once Spanish conquistadors arrived in the area in the 16th century, they were said to have been met by fearsome female warriors reminiscent of the Amazons from Greek mythology. This encounter led to the name of the river being changed from tentative options like Mar Dulce— meaning Sweet Sea—to the name we know today.

The river can get surprisingly wide

Why would anyone have suggested "Sweet Sea" as a name for a river? When you consider the sheer width of the river at parts, it's not surprising—in fact, during wet season, the Amazon River can reach widths of 30-plus miles across.

The Amazon is home to more species than you can imagine

The Amazon is known for its plant and animal life—one in ten of the world's identified species can be found there, and one in five birds, too!

Which of these Amazon facts surprised you the most? Even if cool winter temperatures are keeping you indoors, we hope that today's blog helped you enjoy a virtual escape all the same!

Unwrapping the Greatest Gift of All

5 Incognito Animals of the Sea

Welcome Braga Import Gifts for Boaters, Nautical & Nice! There Is A Dolphin Near My Monterey Boat: The NOAA SMART Program 5 Things to Do at the Progressive Norwalk Boat Show