Puffins, Penguins and Polar Bears—Oh My! 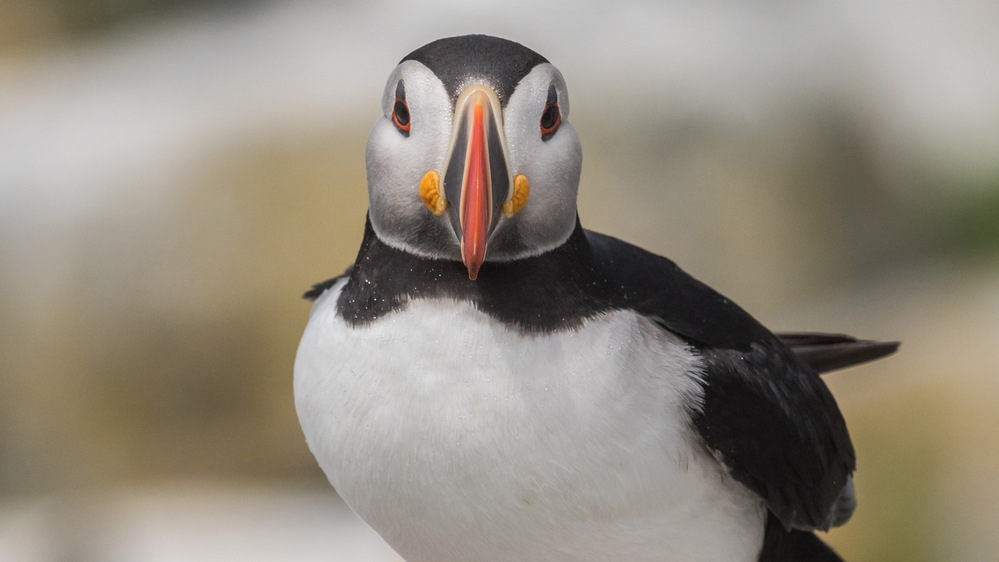 We may not love low winter temperatures—especially when it keeps us from enjoying the great outdoors! But for our animal neighbors to the far north, frosty weather is just how they like it all year round.

In today’s blog, we will be exploring some of the most interesting polar residents and their unique ways of life on the icy Arctic shores.

The Arctic puffin spends it time on the cold Atlantic and Arctic coasts, known for its stout black and white body, orange feet, and friendly face. To the undiscerning eye, it might look similar to another Arctic bird—the penguin—but the puffin stands out in one big way: its ability to fly!

Dressed sharp in their “tuxedo” feathers, penguins are perhaps some of the most recognizable Arctic dwellers. They brave the icy waters to catch their prey—most commonly fish, krill or squid—and can maneuver in and out of the water with surprising ease and grace. It’s clear that the penguin—who spends up to 75 percent of its life in the water—feels much more comfortable there than it does on land, where it displays its awkward (but fun to watch!) waddle.

The narwhal—often nicknamed the “unicorn of the sea”—proves that real-life animals are often stranger than we could even imagine. The toothed whale uses its “horn” (really, a protruding canine tooth) to make its way around the cold, dark waters of the Arctic.

Did you know that polar bears are surprisingly apt at fishing? The famous fluffy bear preys on its share of larger animals—but for lighter meals, it has been observed diving for fish or scooping them straight out of the water with surprising dexterity.

Despite the mammoth size of walruses (some of which can weigh more than two tons!), they prefer to feed with ease and stick to smaller prey like mollusks, shrimp, and the occasional sea bird. If you seem to only see walruses sitting on sea ice in photographs, it’s because that is their favorite place to be! Although walruses can swim and are comfortable in the water, they spend fair amounts of time on the ice waiting for prey to come along.

Have you ever braved the cold and spotted one of these animals in the wild? Let us know!

The Mystique of Sea Glass Beaches