Polar Bears at the North Pole

We’re returning to the North Pole this week to learn more about polar bears in their natural habitat! Polar bears are unique in how they hunt, mate and survive in the Arctic. Do you know what the polar bears main source of food is? Keep reading our blog to find out.

The polar bear is frequently found in and around the chilly environment of the Arctic Circle.

Their large size makes them a fierce arctic predator, mainly feeding on ringed and barbed seals. An average male polar bear weighs between 771 and 1543 pounds while a female only weighs half of that amount. They’re close relatives to brown bears who weigh an average of 600 pounds when they have reached adulthood.

Despite being born on land they live the majority of their lives swimming in the Arctic Ocean. They were built to survive in frigid environments. All of their body parts are adapted for moving swiftly across snow, open water, and ice.

Every year polar bears gather together during April and May in areas that are heavily populated with seals for mating and courtship. Male polar bears will follow a females tracks, sometimes for several miles and then fight with other males for rights to mate with the female. A female polar bear not only gains weight during her pregnancy, but will often double her weight! While pregnant she burrows herself into the snow until her cubs are born. A polar bears cubs will remain with her until they are 2 ½ years old, she will teach her cubs how to hunt and survive during this time. 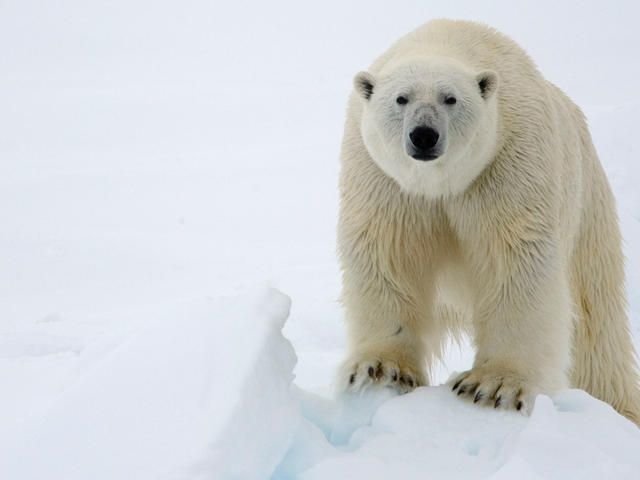 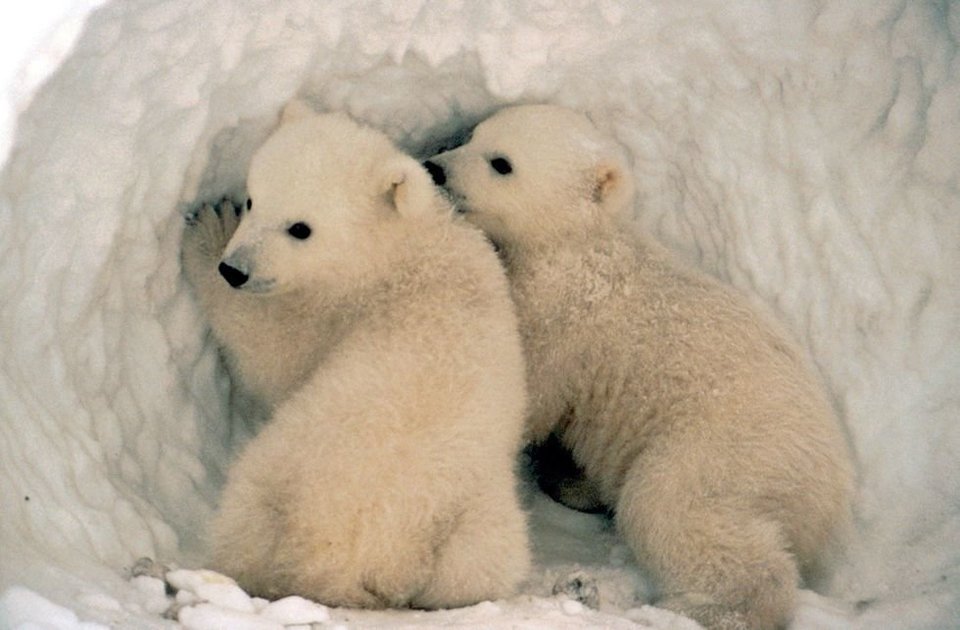 Animals of the North Pole