Moon Watching from Your Monterey 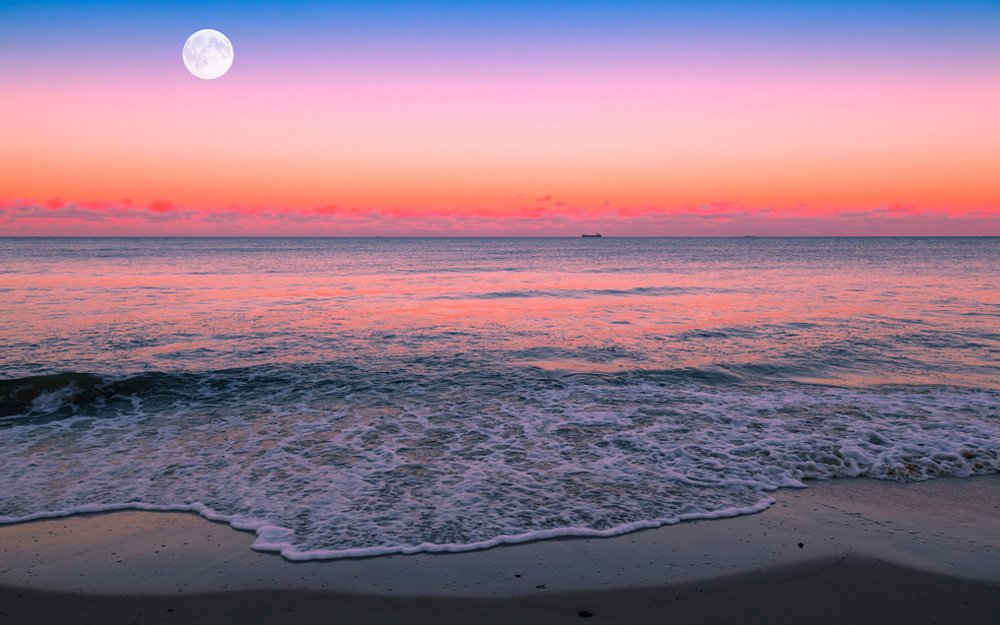 If you missed spotting the Sturgeon Moon, don’t worry! In today’s blog, we will be looking at the names and meanings behind some of the year’s most notable lunar occurrences, including the upcoming Harvest Moon.

Just as the Sturgeon Moon is named for its ties with the fish, the other full moons have similarly meaningful titles. For example—the Strawberry Moon is named because it falls at the perfect time for picking ripe summertime fruits. The Snow Moon is named for its position in the middle of winter, naturally when snow and cold weather is most common.

Of course, the Harvest Moon (which is coming up) is also significant in name—it refers to the autumn full moon that takes place closest to the autumnal equinox, when it’s time for the fall harvest. It rises much closer to sunset than other full moons, thus providing a bright show of moonlight for a longer period of time. While it’s not necessarily larger or brighter than other full moons, it does appear over the horizon—where the proximity to Earth’s thick atmosphere makes it look much more impressive, leading people to believe the moon is substantially different.

Full moons are always special to witness in person—but next year, there will be something even bigger to look forward to. August 2017 will see a “Great American Eclipse,” an event that involves the alignment of the sun, moon and Earth to produce a one-of-a-kind visual result. It’s a solar eclipse, which happens when a new moon blocks out our view of the sun. While solar eclipses happen every year, the next total eclipse—in which the moon completely covers the sun—won’t be visible by the contiguous 48 states again until 2024.

You can watch it from many places across the country (just find an eclipse map to see optimal viewing spots near your location!).

Now that you know the significance of these celestial events, get out and enjoy them! When it comes to seeing the sky, there are few better places to do it than from your very own Monterey.