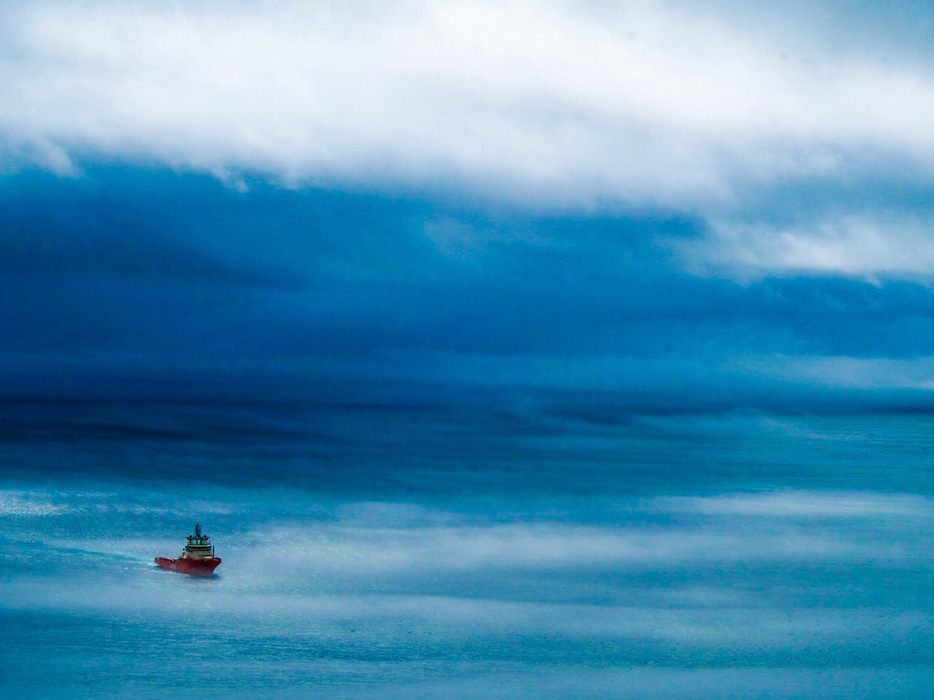 Fall has only just begun — but if you’re anything like us, you are counting down the days until Halloween and all the sweet, spooky fun to follow! This time of year is perfect for telling scary stories by the bonfire, or from the comfort of your very own Monterey as you cruise past (potentially literal) on-the-water haunts.

If your family loves spooky sea stories, we have you covered with a few of our favorites to share this season. Just read on!

Scary stories from the sea have existed for just about as long as people have sailed the ocean. And we get it — the expansive horizon can take on a moody, mysterious character, especially on long voyages with no land in sight. Or nighttime. One of the earliest ocean-born “ghost stories” hails from Ancient Greece. Here, in the mythology, beautiful bird-like women would lure sailors to perilous rocks with their song, leading to shipwrecks.

Per NPR, this legend revolves around a captain’s impossible quest trying to navigate around South Africa’s Cape of Good Hope — a notoriously dangerous task. The captain’s hubris in trying to make his way around caught the attention of the Devil, who ensured that he would keep on sailing for all eternity.

For those who prefer their scary stories with a touch of reality, this one is for you. According to the Ocean Conservancy, scientists studying great white sharks in Australia in 2003 tagged a nine-foot-shark — which, while being tracked, descended 1900 feet down in seconds while experiencing a temperature increase of 20 degrees. Researchers concluded that the strange findings could only be attributed to a larger animal eating the great white and swimming into the depths. But what kind of animal would have been big, fast, and ferocious enough to swallow a great white and swim off with its snack that quickly?

That’s the great mystery, of course. According to NOAA, more than 80 percent of the ocean has yet to be studied or explored — so many mysteries, even monster-sized ones, may still remain in the depths for now!

It wouldn’t be a guide to spooky sea stories without a shout-out to the Bermuda Triangle, which has provided dozens (or, perhaps, hundreds!) of entries into the ghostly lore. Among them? Christopher Columbus’ observance of “strange lights” and “a burst of flame” during his travels through the area, per The New York Times, the 1918 disappearance of the USS Cyclops and its crew, and more.

It’s not necessarily all hocus pocus, though. Many possibilities have been offered as to why mysterious phenomena happens in the area — for example, this patch of the ocean is fraught with tropical weather, and the occurrence of many strange incidents in the Triangle predates modern technology that could have tracked hurricanes and other dangerous events.

Unlike some purportedly haunted ships, the Queen Mary’s life as an ocean liner didn’t end with a shipwreck — it was simply retired in 1967, and eventually became a tourist attraction and hotel in Long Beach, California. But with a history spanning a significant chunk of the 20th century, the spooky rumors still abound. Identified by Time as one of the Top 10 Haunted Places, the Queen Mary is said to be home to all kinds of ghosts, including a mysterious “lady in white” and sailor, with haunted locations ranging from a stateroom to the ship’s former salon, swimming pool, and more.

Though the Queen Mary is currently under repair, you can still think about its spooky past while cruising the corner of SoCal it calls “home.”

Whether you’re cooking up your own spooky story or sharing one of these tried-and-true favorites, we hope you have a frightfully good time on and off the water this fall!

Who Was Leif Erikson? Get To Know A Legendary Explorer

Celebrate The Arrival Of Fall On Your Monterey Boat

Trick-or-Treating on the Water (and More Monterey Fun for Halloween!) 5 Bodies of Water with Deceptively Spooky Names The Flying Dutchman: A Classic Nautical Tale Meet the Ghost Fish? and Other Spooky Creatures