Around this time of year, we often hear ghost stories and other spooky tales. One such story takes place where we as boaters are most comfortable—the open sea. Many of us are familiar with the idea of a ghost ship called The Flying Dutchman, but do you really know the story of how this spectral ship came to be?

Legend has it that in the mid-17th century, a Dutch ship unwittingly rolled into some bad weather off the coast of Africa’s Cape of Good Hope. The ship’s captain, of the last name Van der Decken, did not realize the ship had cruised into treacherous waters until the ship’s lookout yelled down the news from his post. But it was too late, and despite the crew’s best efforts, the ship hit rocks and began to sink.

It is at this time that Captain Van der Decken made his fateful deal—that he would sail around the Cape successfully, even if that meant sailing for the “rest of time.”

As you may have guessed, the legend says that Captain Van der Decken was doomed to do just that for all eternity. According to the story, seafarers will be able to look into any storm over the Cape of Good Hope—located near the southern tip of Africa—and see the captain’s floating, foggy ship suspended in the air. Unfortunately, seeing the ship is also said to be an omen of bad fortune and death.

The legend lives on

The story of The Flying Dutchman has prevailed through the centuries, and has even made its way into popular culture. Some notable encounters (or retellings) of the spooky ship include…

Today, ambitious sailors and boaters sometimes try to round the Cape of Good Hope themselves—although this spot is regarded as one of the most dangerous for boaters due to its rocky coastline and treacherous waters. (Incidentally, the cape used to be called the Cape of Storms by Portuguese sailor Bartolomeu Dias in the 15th century. The name was only changed later on to reflect another sailor’s optimism upon finding a sea route to the East.)

While it may only be a tall tale, the story of The Flying Dutchman is still one we love to hear at this time of year! 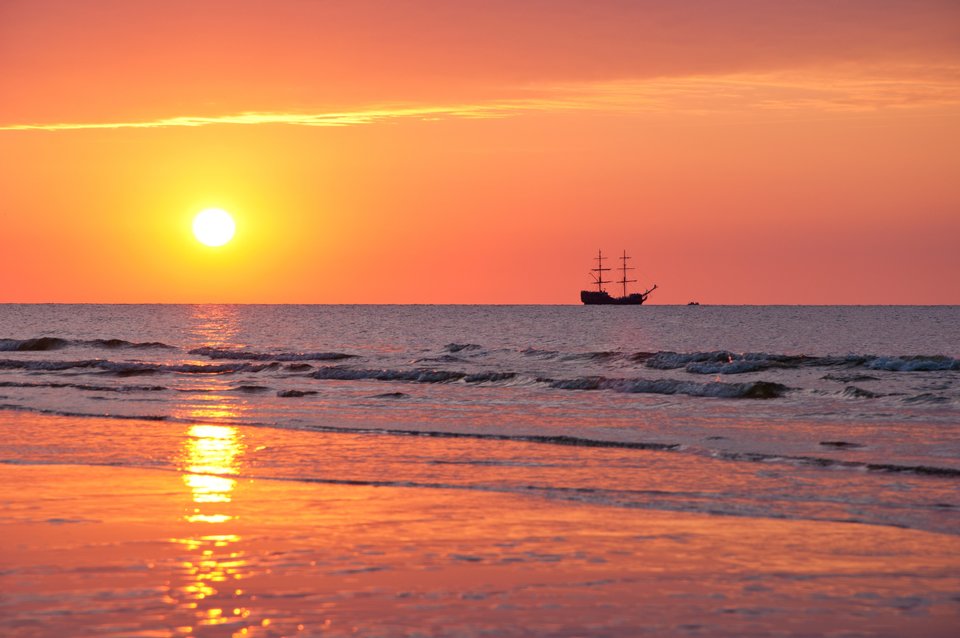 Halloween on Your Monterey: 5 Ideas

Sirens of the Sea Looking to the Skies Gifts for Boaters, Nautical & Nice! Caleuche: The First Ghost Ship?