This January, the study of ancient seafarers was shaken up when researchers in Turkey found a 4,000-year-old Minoan shipwreck in the Mediterranean Sea. This is, of course, a big development in more ways than one. The Minoans, some of the earliest and most influential seafaring peoples, lent themselves to much of what we know about writing, boating and cosmopolitanism to this day!

In today’s blog, we will be taking a look at some of the biggest Minoan contributions we still feel today, as well as the impact of this latest shipwreck discovery.

The Minoans were rich in culture

As we’ve come to expect from most ancient civilizations, the Minoans were rich in culture. They created vivid, detailed frescoes depicting life in Minoan society (which was located on Crete and other Aegean islands). There are also stone carvings and pottery pieces that fit well with the palatial style.

The Minoans were unique in another aspect, too—they notably worshipped goddesses over male gods, and depicted women as holding an equal place to men in many pieces of art.

They made strides in food and agriculture…

In addition to their cultural contributions, the Minoans made great strides in food and agriculture as well. They grew multiple crops—from wheat and grapes to chickpeas and olives—at the same time, which helped to form the varied Mediterranean diet we’re familiar with today. These strides in food production helped to create a population that was strong, healthy and constantly growing.

The Minoans’ practical contributions can be seen in their architecture, too. They were famous for creating the unique Minoan column, a column shape that stood out from the rest by being wider at the top than it was at the bottom. The most notable example of this design can be found at Knossos, the then-capital of Minoan civilization where large, red columns stand among palace ruins to this day.

If you’re a believer in the Lost City of Atlantis—or just want to know what the legend’s all about—the Minoans may be of special interest to you. Some theorize Atlantis to be a sunken Minoan city, the aftermath of a strong volcanic eruption on Santorini that might have led to the Minoans’ decline.

This most recent discovery might be the most significant one yet

The discovery of a 4,000-year-old shipwreck is significant to historians and researchers all across the world. It is the oldest ship to have ever been recovered from Turkish waters, and it’s being recorded as one of the most meaningful finds yet. Due to the warm, salty conditions of the Mediterranean Sea, it’s hard to find ships so well-preserved in this region—but due to the ship itself, objects found near it, and a bit of good luck, researchers were able to identify it as what’s likely a Minoan trade ship.

As you can see, the Minoans helped to shape some of the most pivotal pillars of our world both on and off the water. The next time you enjoy a tasty Mediterranean dish or ponder the Lost City of Atlantis, take minute to remember the early civilization that might have started it all. 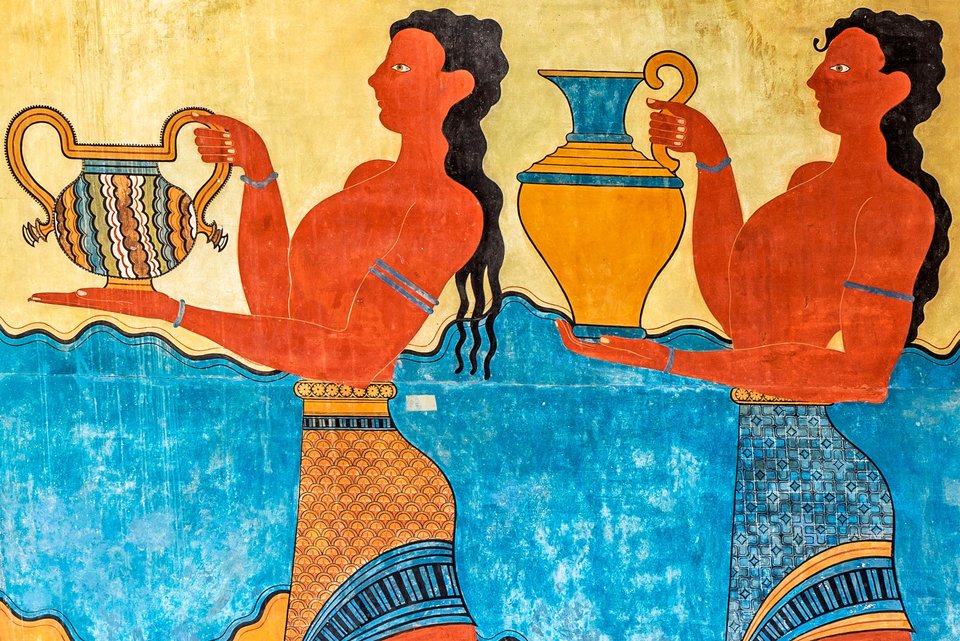 Florida Keys Shipwreck Trail: The City of Washington The Amesbury: A Nautical Piece of WWII 7 Puzzling Earth and Water Facts Diving Around the World