Lyonesse and the Isles of Scilly: Where Land Meets Legend 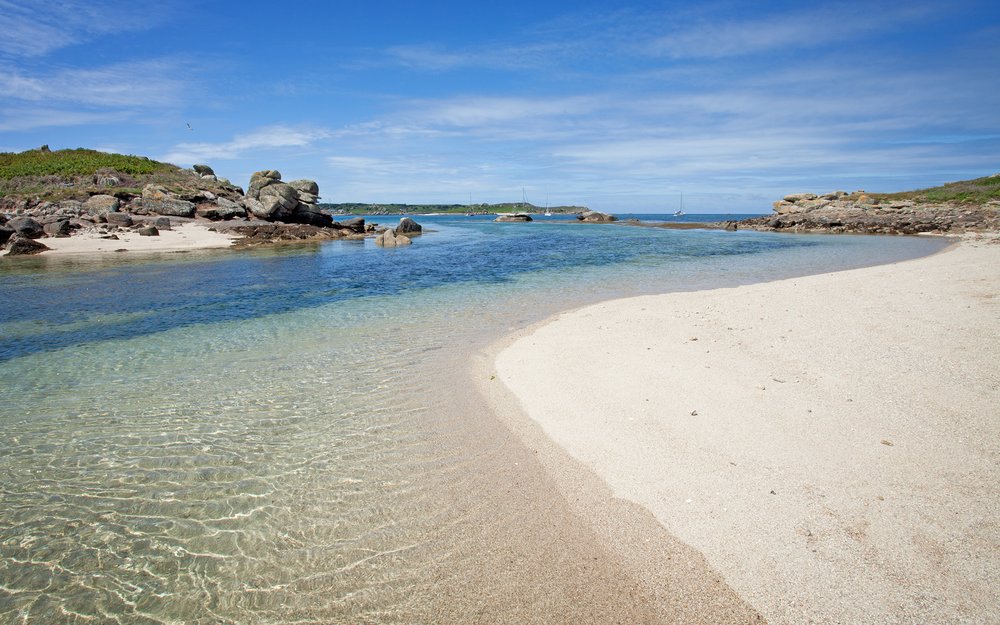 We’re all familiar with the Lost City of Atlantis, and its role in marine mythology—but did you know there’s said to be another legendary location off the coast of England?

Lyonesse is a land that originates in Arthurian legend, and its “disappearance”—or rumored sinking—might have something to do with the actual sea level rise that started to take place in the region more than 1000 years ago!

In today’s blog, we’re taking a look at the origins of Lyonesse, as well as a few real-world events that might explain the legend.

In Arthurian legend, Lyonesse served as the home of a notable figure named Tristan, who was sent to retrieve an Irish princess named Iseult for an arranged marriage back in Cornwall (the southwestern tip of England, from which Lyonesse was thought to have branched off). While Iseult was meant to marry Tristan’s uncle, the Cornish king, problems ensue when she and Tristan accidentally take a love potion that makes them fall in love with one another.

While the early Arthurian legend itself doesn’t talk about Lyonesse sinking, later stories claim that it happened well after the story of Tristan and Iseult.

While the sinking of Lyonesse may sound like the stuff of legend, the area it’s said to have been located—off the southwestern tip of England, in an area today known as the Isles of Scilly—did, in fact, experience rising sea levels and flooding in the 5th and 6th centuries. This change might explain why stories talk about a larger island sinking beneath the surface. Other interesting evidence includes…

Today, the Isles of Scilly are popular among summer vacationers, birdwatchers and more. The area is home to five larger, inhabited islands (ranging from almost untouched, like St. Agnes, to fully accommodating, like St. Mary’s or Tresco) and more than 100 smaller ones. To get from place to place on the islands, visitors use golf carts, bikes or simply hike on their own two feet to experience the natural beauty and terrain.

While Lyonesse itself may have its roots in folklore, the lands it is based on are real and thriving. If you want to get an up-close and personal look at the Isles of Scilly, hop over for a visit—the scenic, sweeping landscapes are best experienced in person!

Welcome to Doggerland: A Land Beneath the Sea Paul Bunyan Day: Getting to Know the American Legend Our Favorite Sea Animals and Their On-Land Equivalents Florida?s Mini Loop: A Southern Adventure