Paul Bunyan Day: Getting to Know the American Legend 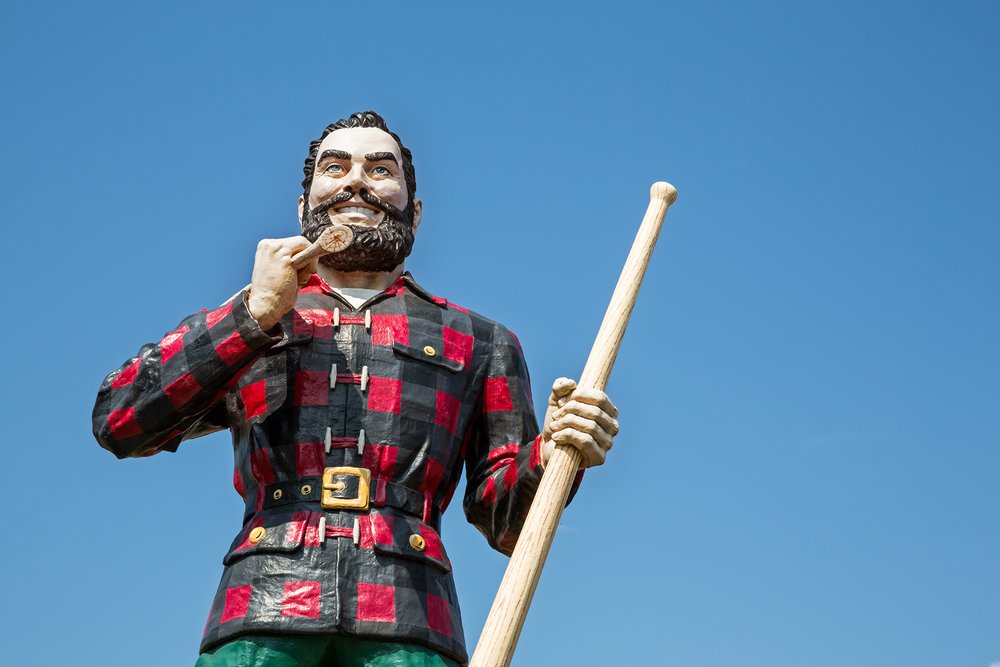 Paul Bunyan: whether you grew up hearing his stories or spent time at one of the numerous natural landmarks he’s credited with creating, he’s an American legend who resonates with millions across the country.

In honor of Paul Bunyan Day on June 28th, we are taking a look at the story—and some of the most famous “tall tales”—behind this icon of giant proportions.

The origins of Paul and Babe

Being a larger-than-life lumberjack himself, it only makes sense that the legend of Paul Bunyan was first spread among lumberjacks working in North America during the late 1800s—although Paul never made it to publication until early in the next century.

There are several different variations of Paul Bunyan and his blue ox, Babe. Some stories would establish Paul as an especially large, tall man; others, on the other hand, would paint him as the impossibly enormous figure most of us are familiar with today.

While Paul Bunyan is traditionally seen as an American legend, elements of his name and story are likely borrowed from the French culture (a large presence in the Canadian lands Paul is often said to have worked in). His name is sometimes suggested to be Québécois (or Quebec French) in origin— “bon yenne,” for example, is a phrase in that language used to show surprise, which those who saw Paul Bunyan in person might certainly feel!

If the legend of Paul Bunyan is to be believed, many of our natural landmarks were created or influenced by the famous lumberjack—and you may have even been to a few! They include…

While these folk tales may be just that—tales—we think they’re as fun and enjoyable to recount now as they were back in the 18 and 1900s. Keep Paul and his blue ox, Babe, in mind as you cruise the Mississippi River, fish in the Finger Lakes or spend time in the Grand Canyon this summer.

An Immersive Way to Celebrate National Zoo and Aquarium Month

From Tall Tale to Boater's Dream: Finger Lakes, New York Lyonesse and the Isles of Scilly: Where Land Meets Legend The American Eel: Close to Extinction The All-American Pirate