From Manatee to Mermaid: The Origins of a Legend

Every so often, it can be fun to think about maritime myths and how they got started—who hasn’t wondered if the Loch Ness Monster really might be real, or if there wasn’t some kind of abandoned ghost ship lurking far out at sea?

In the case of one such myth—the presence of mermaids—the story of how the legend came to be is almost as interesting as the myth itself! Read on to learn about a possible origin of one of the most famous figures of maritime lore.

The manatee—along with its Pacific Ocean counterpart, the dugong—comes from the order sirenia. Does that name ring any bells? It sounds a lot like siren, a Greek mythological figure similar to a mermaid… and, as you may have guessed, the namesake of the biological order.

Sightings of manatees mistaken for mermaids have been recorded as early as Christopher Columbus’ voyage to the Americas—in fact, he said that they were “not so beautiful as they are said to be, for their faces had some masculine traits.” Well that’s no wonder… they weren’t mermaids at all!

Looking back, it actually seems to make sense that manatees and dugongs were sometimes taken for mermaids and sirens. While members of the order sirenia are much larger than you’d probably expect a mermaid or siren to be, their slow-moving behavior and closeness to the water’s surface could easily create shadows that might dance just under the water, making for quite an illusion to unsuspecting sailors. These creatures were also said to “stand” on their tails in shallow water—from a small distance, one might take this as a mermaid or siren beckoning or saying hello. These creatures’ ability to rotate their heads might also allow them to pass for humans from far enough away.

Pacific islanders also saw humanlike traits in the manatee’s cousin, the dugong—the word in Malay means “lady of the sea,” and 3,000-year-old cave drawings depicting the majestic creatures were also found in this country.

Have you ever seen a manatee or dugong yourself? What do you think—is there any way you might confuse one for a mermaid or siren yourself? 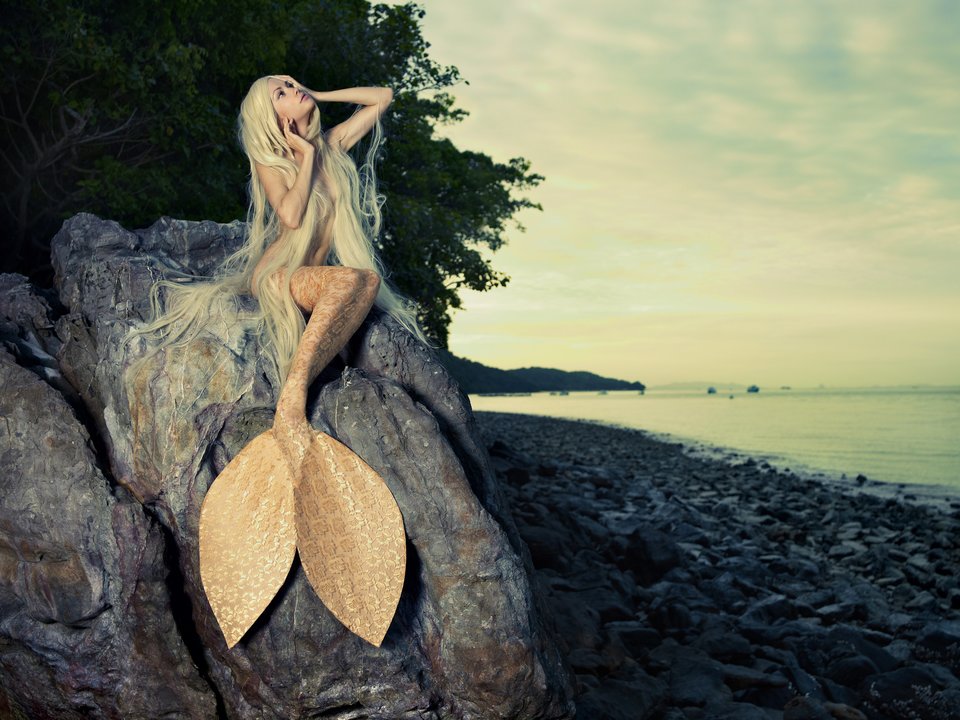 Sirens of the Sea The Little Mermaid: Getting to Know the Classic Fairytale Manatees - Florida's Gentle Giants Get to Know Chessie: A Friendly Piece of Local Folklore