Inside Antelope Island: A Vestige of Prehistory 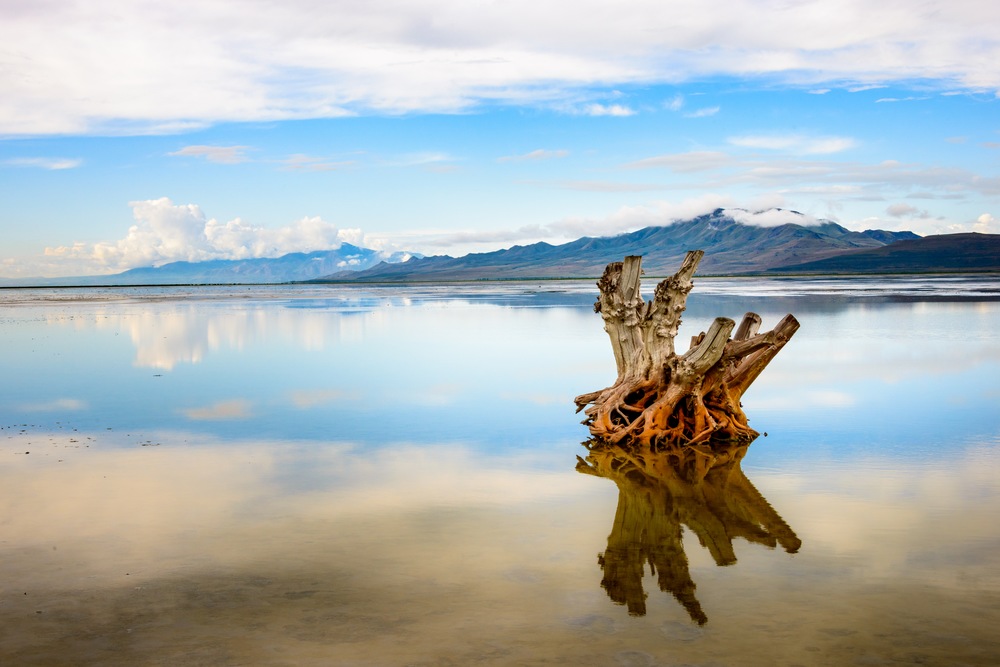 Spend some time on Great Salt Lake’s mystical Antelope Island, and you’ll feel as though you stumbled upon something untouched—and maybe even a little prehistoric.

Located on the biggest saltwater lake this side of the prime meridian, Antelope Island is sure to offer boaters and outdoor explorers a chance to discover something truly breathtaking—and in today’s blog, we’re exploring what makes it so. Take a look.

As you cruise up to Antelope Island, the first thing you’re likely to notice is a profound absence of all things “modern,” a natural beauty emphasized by wide-open spaces that stretch far beyond your field of vision.

Antelope Island doesn’t have a removed, prehistoric atmosphere—it’s actually made up of the stuff that existed long before humans called the Earth “home.” The Precambrian rock that forms the foundation of Antelope Island predated even the dinosaurs, and is among the oldest across the world. Thanks to the sheer age of Antelope Island, it’d be hard to get closer to the true wonder of prehistory anywhere else.

In addition to those stony expanses, Antelope Island is home to a variety of landscapes that are equally untouched by human interference: grass plains, prairies, and vistas of the salty lake that, on drier days, disappear and reveal a peninsular connection to the mainland.

Seeing all walks of wildlife

While Antelope Island may seem fit for the dinosaurs, it’s not devoid of wildlife from this millennium. As its name would imply, the island is home to herds of pronghorn, America’s closest cousin to the true antelope. The island also serves as a sort of haven for American bison, who thrive on the grasslands and exist in isolation from the outside world.

Boating on the Great Salt Lake

Can you fish on the Great Salt Lake? Not quite—although the water is a natural wonderland for boaters and water sport enthusiasts, its salinity makes it inhospitable to most aquatic species.

Your best bet for coming away with a catch is to head to nearby Farmington Bay. When water from nearby springs flows into the Bay, you might be able to find species such as carp for fishing. In the meantime, enjoy a leisurely ride along Antelope Island or perform stellar, high-octane tricks and flips by its shores. As one of the country’s largest lakes, there’s plenty of room to carve out your own spot and make a day of on-the-water fun.

The wonder of Antelope Island has existed for millennia—but its old age is still offering explorers a new perspective.

10 Ways to Get Ready for Summer Boating

Shade for the Summer: 5 Easy Ways to Get It

Ever Been To the Best Islands In Florida? Top 3 Islands to Visit Aboard Your Monterey Boat How to Plan Your Next Island Hopping Adventure Dream Getaways: Boating to Your Own Private Island