From Boots to Mittens: The Shapes We See in Our Favorite Coastlines 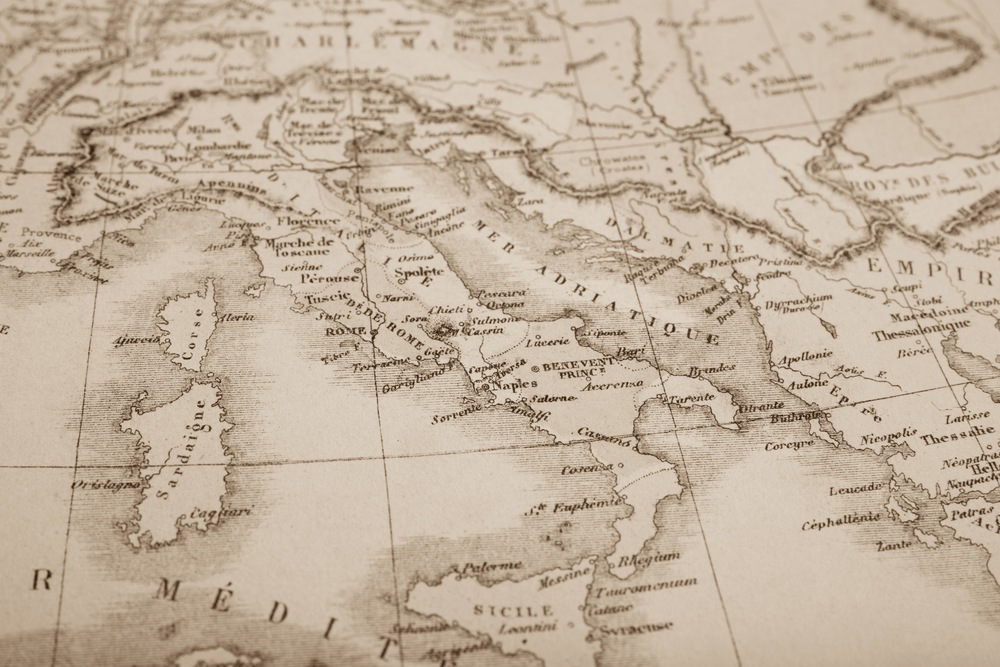 We've all seen the outlines of familiar shapes in random places--our headphones fall into a heart shape, for example, or our morning coffee foam forms a funny face. The same phenomenon holds true for our world geography!

Whether it's the boot shape of Italy, or the wintry mitten of Michigan, some of the world's most notable coastlines have hard-to-miss shapes we've noticed for years.

In today's blog, we'll be looking at a few of the most well-known shapes not-so-hidden in our global coasts.

The outline of Italy's southern half, and Sicily, combine to form a near-perfect boot shape. While that alone is a fun coincidence, the fact that Italy is known as a world fashion center makes its fashion-forward shape that much more interesting.

...and the Louisiana work shoe

Louisiana, of course, doesn't have the same kind of glitz or glamour that Italy is known for--but it does come with a familiar shape! Many have pointed out that the shape of Louisiana serves as the work shoe end point of an elf in the American Midwest, whose body begins its outline in Minnesota and makes its way down. Take a look at a state map and see for yourself!

Another ironic shape, Michigan is shaped like a mitten--which seems quite fitting, since the state is known for its sheer cold and endlessly long winters! Fortunately, as spring rolls into town, you'll finally be able to put those mittens away for the months ahead.

The Teardrop of India

The famous island of Sri Lanka--just off the southeastern coast of India--is perfectly shaped and positioned to look like a tear drop rolling off the face of its larger counterpart.

Have you ever noticed that the eastern portion of Massachusetts has the makings of what seems to be a strong muscled arm, jutting out and flexing?

One part of the explanation for out innate human nature to find shapes in inanimate objects could be a common phenomenon known as Pareidolia, which causes us to see faces and familiar shapes in otherwise unfamiliar spaces. That would explain the presence of figures and faces in everything from clouds to dirt to coffee cups, too!

How many of these have you spotted before? Let us know what you see on your globe in the comments below!

On-the-Water Art: How to Get Started

A Closer Look at the Diving Bell Spider: The Underwater Arachnid

How To Wakeboard - What You Need to Know Looking to the Skies North American Lighthouses: St. Augustine Lighthouse Late-Summer Sweets For Your On-The-Water Adventure