A Closer Look at the Diving Bell Spider: The Underwater Arachnid 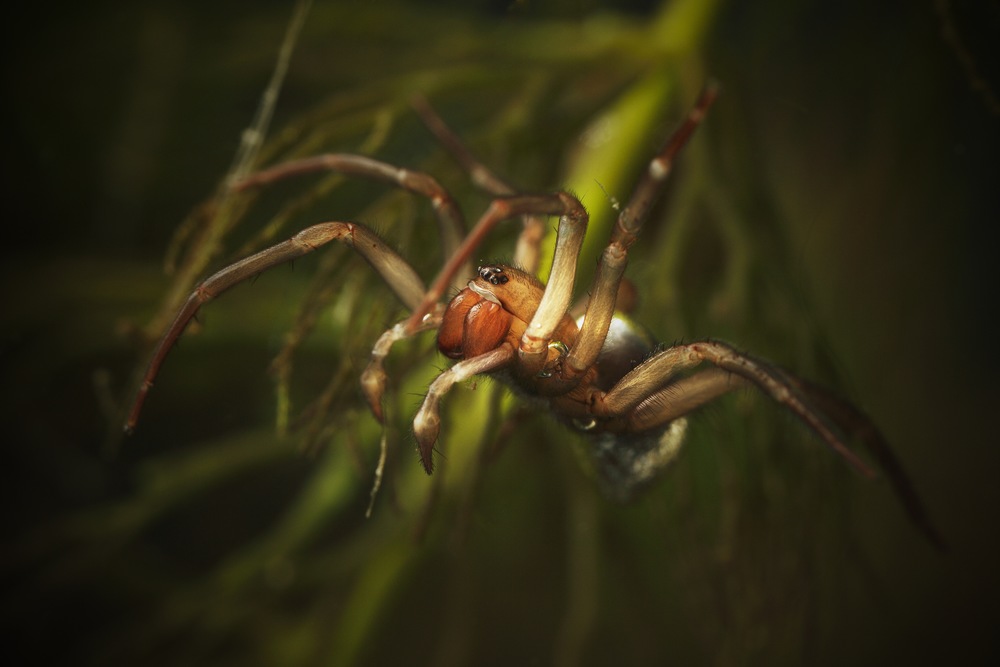 Water spiders--they seem scary, mythical, and straight out of science fiction. While larger-than-life arachnids that creep across the surface may be out there, however, aquatic spiders do exist--and they're not quite as scary as you might think!

Read on to learn more about the diving bell spider and its unique underwater role below.

While the diving bell spider doesn't necessarily live alone, it is (as a species) separate from its arachnid cousins. Why? It spends most of its life in the water!

Don't worry--the spider hasn't evolved to be a master swimmer just yet. While we don't know why the spider spends so much time in the water, we do know how it manages to do it--with a makeshift "gill" apparatus, a diving bell made of silk web spun to protect air bubbles pulled down from the surface of the water. With the help of the webbing, the spider can live in its untouched bubble for a stretch of time, leaving only as it wishes or to gather something to eat.

Inside the diving bell

What's it like inside that "diving bell," the unique structure named after the human scuba device?

For the spider, the oxygen from the air bubbles means that it can breathe with relative ease. Just about the entirety of the spiders' underwater lives happen in those made-from-scratch bells--mating and rearing offspring in the female's, while activities like molting and digesting went on in both male and female simultaneously.

Like we mentioned earlier, the diving bell spider spends most of its time below the surface--so unless you seek it out specifically, you're not likely to bump into it on the water! Other aquatic arachnids? That's another story!

The raft spider, or Jesus spider, is noted for its ability to apparently walk (or glide) on water! Fortunately, this spider is no bigger than an inch or two at most--so not quite as scary as the monster-sized spiders of sci-fi.

While the relatively small distribution of these spiders means you probably won't be running into one any time soon (they mainly stick to Europe and Asia), it's always interesting to know that they're there--spinning webs and living in environments more foreign than anything we've seen from their dry-land counterparts.

From Boots to Mittens: The Shapes We See in Our Favorite Coastlines

Inside the Inverted Aquarium: An Immersive New Trend

Scuba Diving's Colorful History The Mysterious Thrill of Wreck Diving The Bass Harbour Head Lighthouse All About SNUBA: A New Kind of Diving