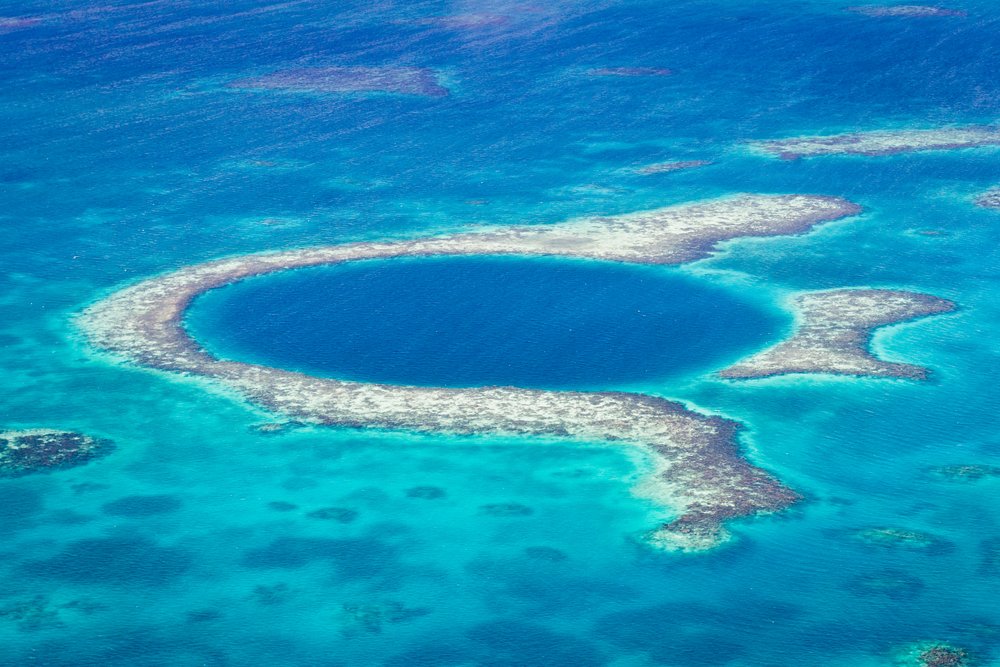 Dark, mysterious and spanning across up to 1000 feet, the “submarine sinkholes” of the ocean may appear like something out of a science fiction novel. But don’t worry—while they’re certainly intimidating, these natural underwater caves have a past that’s grounded in geology.

Read on to learn more about submarine sinkholes—or blue holes—and how they wound up in some of the world’s most famous oceans.

Remnants of the Ice Age?

Blue holes are some of the most distinct markers of Ice Age conditions, when sea levels were hundreds of feet lower than today’s norms. The land that now forms these holes, or caves, was once above sea level—but erosion carved it out and into the ground, so that when sea levels rose, all that remained was an array of underwater caverns.

Today, the most substantial of these caverns are spots of special interest, thanks to their impressive depth, diameter and unique appearance—the deep blues of the caverns themselves contrast sharply with the surrounding light, shallow water. Especially famous blue holes include…

While diving at spots like Belize’s Great Blue Hole might be best reserved for experienced divers, don’t be afraid to visit these sites by boat to see them from the surface! It’s an experience worth enjoying in person.