In honor of the Fourth of July we have decided to create a 3 part blog series honoring famous American military ships. Each one of these ships has a colorful history earning their places in US history books.

USS Constitution
The USS Constitution, also known as “Old Ironsides” is still afloat after 213 years earning her the reputation of being the oldest standing ship in American history. She served her country from 1797 to 1881 when she became an official training ship. The USS Constitution fought in two exciting pieces of US History: the First Barbary War and the War of 1812. In the First Barbary War she battled real, life pirates on the high seas.  During the War of 1812 she fought against the HMS Guerriere and HMS Java in head to head battle, an impressive feat as the Royal Navy was known for having the strongest fleet during this time. The USS Constitution is still an official United States warship with a crew of 60-men whom are all active duty members of the United States Navy.

USS Monitor
This famed Civil War Iron Clad celebrated its 150th anniversary this year on January 30th. The USS Monitor launched in the year 1862 and revolutionized the design of naval warships. The USS Monitor was the first of the “monitors” and weighed an astonishing 987 tons. She was immediately sent into battle against the Confederates ironclad Virginia. This opposing Confederate ironclad had already sunk 2 U.S. Navy ships the day before.  She successfully prevented the Virginia from gaining control of the Union blockades located in the Norfolk area. She ultimately sunk in a storm off Cape Hatteras later that year on the 31st of December 1862. The wreckage was not discovered until 1974 and now serves as a United States marine sanctuary.

USS Missouri
This famous World War II ship launched on January 29 of 1944 and became commissioned on June 11th of 1944 with Captain William M. Callaghan.  This ship was the third U.S. Navy ship named after the state and one of four American warships dubbed USS Missouri but was better known as the “Mighty-Mo” to her captain and crew. She is most noted for being the designated signing spot of the documents that ended World War II on September 2nd of 1945. Today she sits proudly at Pearl Harbor as a museum and war memorial.

CSS Virginia
The CSS Virginia was originally known as the USS Merrimack until Virginia authorities took over the Norfolk Navy Yard on the 20th of April 1861. She was found in unfavorable condition as she had been previously burned and sunk. The Confederate States Navy nursed her back to health, converted her into an ironclad and commissioned her as the CSS Virginia in February of 1862. Her most famous battle was against the USS Monitor mentioned from above which ended in a draw. She was eventually destroyed by her own crew in May of 1862 in their efforts to lighten her enough for removal to the James River.

CSS Hunley
The CSS Hunley was built by the Confederates in 1863 to sink the Union ships that barricaded ports in the South but sank twice during a testing that killed 13 members of her crew.  After a series of more tests she was finally ready for her first bout of combat that would end in the successful sinking of the Unions Housatonic. To the amazement of the Confederate army her torpedoes detonated as planned. The CSS Hunley would be the first submarine to sink a warship and the Union Housatonic became known as the first ship in history to be sunk by a submarine. However this would turn out to be a tragic victory for the Confederate Army as the CSS Hunley sunk on her way back to port killing all 8 of her men. The CSS Hunley was recovered in August of 2000 after spending 136 years on the bottom of the Charleston harbor.

We hope you enjoyed the history behind these US ships. Stay tuned for part 2 of this series on Wednesday, July 4th! 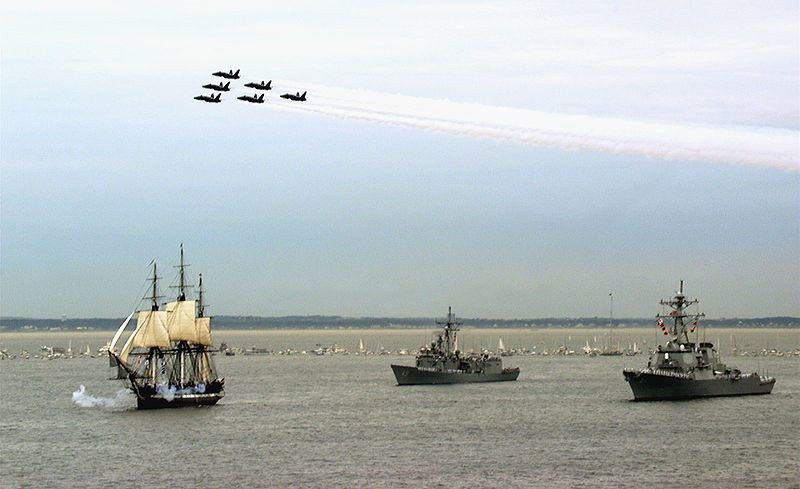 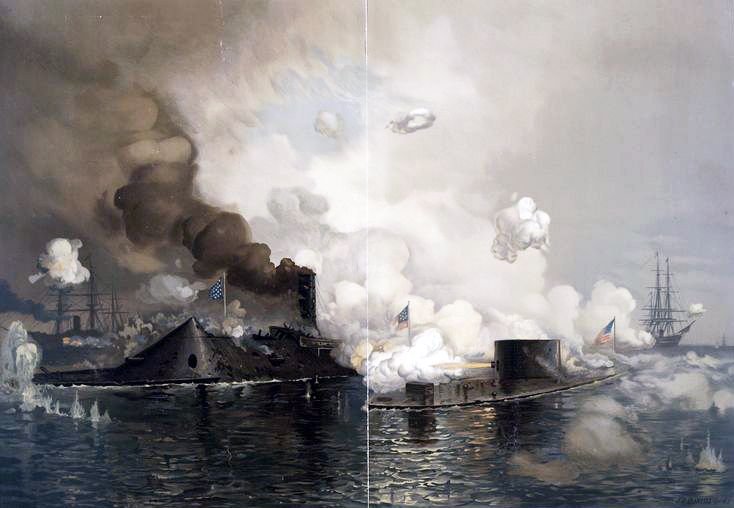