Could Dinosaurs Swim? ...And Other Prehistoric Peculiarities 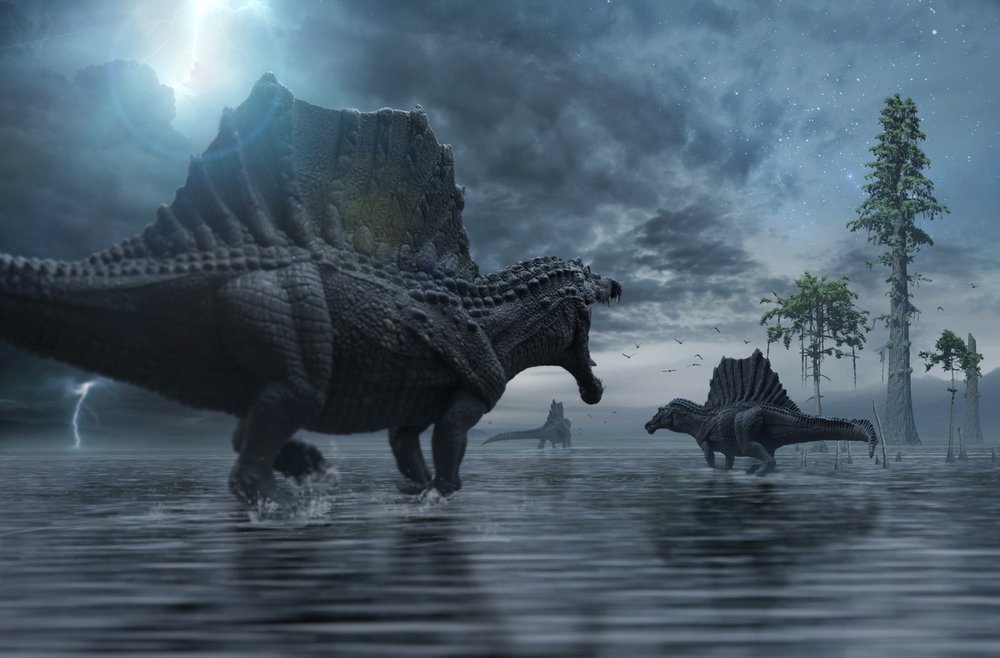 Today’s expansive ocean is no stranger to frightening, sharp-toothed creatures swimming in its depths—but did the world’s waters always look like this?

We’re exploring the answer to this question (and more!) in today’s blog.

When you first read today’s blog title, you might have said to yourself, of course they could! What about the mosasaur?

While movies like Jurassic World depict aquatic animals like this (and correctly so!), they aren’t technically dinosaurs, but are classified as marine reptiles. True dinosaurs were actually land dwellers, although some (as we’re about to see) could hold their own in the water from time to time.

We do know that some dinosaurs frequented the water, even though they primarily made their home on land. The most notable of these is actually the largest carnivorous dinosaur of all, the Spinosaurus. Its dense bones and partially webbed feet make it likely that the Spinosaurus didn’t swim, but actually ran through rivers!

Some scientists suggest that, based on odd scuffs and markings found in Cretaceous rock, that dinosaurs such as the famous T-Rex were known to try swimming, too, and fought water currents in the process.

Crocodiles can swim, and they certainly share several characteristics with prehistoric ancestors—but did you know that they are more closely tied to modern birds than modern lizards, who seem like a more natural relative?

This surprising connection stems from Archosauria, a group of creatures that existed alongside the dinosaurs themselves. Today, the only living Archosaurs are birds and crocodilians, who share a few similar characteristics—their skulls and fused jaws, for example, and scales (while birds are covered in feathers, you’ll find these scales on their legs!).

As you can see, one-of-a-kind creatures have populated the world’s waters since the start—and while they may change in color, shape, size and appearance over time, the awe and wonder we feel for these species doesn’t seem to be changing any time soon!

Your Monterey Boat: A Boat and a Gym?

Inside Antelope Island: A Vestige of Prehistory 5 Oddball Attractions to Visit This Summer The Amazing Ammonite Safe Boating With Your Kids