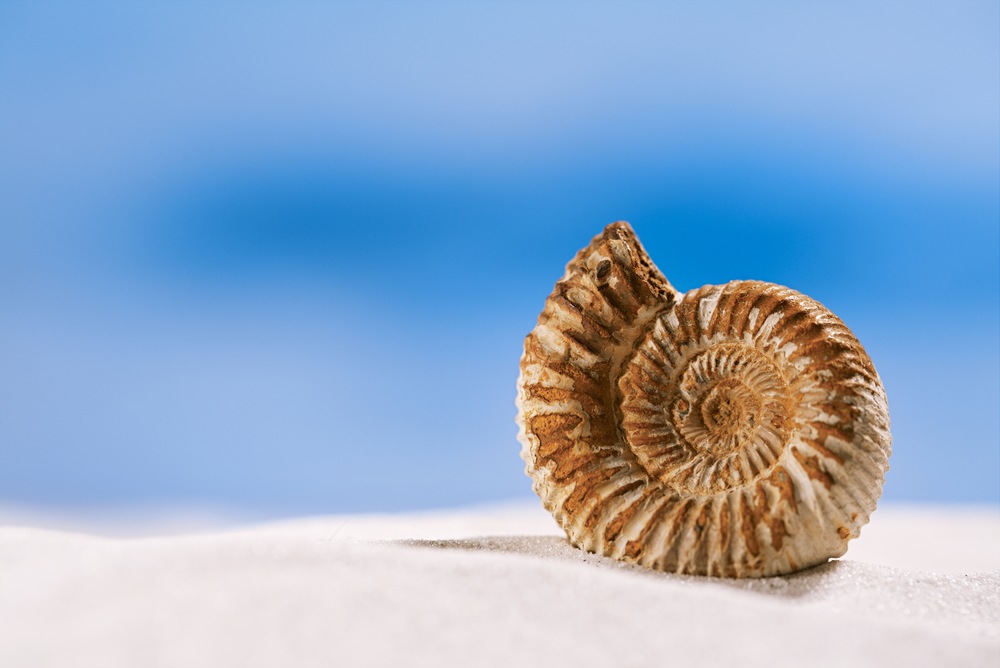 After having persisted through several extinction events--and millions of years of filter-feeding in between--the ammonite mollusk species finally succumbed to a changing globe. But not before leaving a cultural and scientific impact that is still felt today!

Below, take a look at the surprisingly big role of this "little fossil that could"--as well as some of the ways it's affected life far beyond the sea.

So what is (or was) this confusing little creature, anyway?

You've probably seen it in the form of a fossil without even knowing--online or in person--or maybe spotted its modern-day lookalike, the nautilus. The ammonite's spiral shape formed a perfect circle wrapping in on itself. A shelled native of the sea, the soft, moveable part of the ammonite's body would move around in the water in a manner likely reminiscent of modern cephalopods (like squids and octopi, its shell-free descendants).

The fossil was originally dubbed "ammonis cornua" by Roman scholar Pliny the Elder. This was done in homage to Ammon, an Egyptian god whose ram horn headgear provided a natural comparison to the fossil's looped shape.

Of course, at the end of the Cretaceous Period, the ammonite went the way of the dinosaurs. The ever-adaptable creature finally found its match in the extinction event K-Pg, which (among other things) affected plant life under the surface and might have affected the ammonite's ability to find food.

But despite its demise as a species, the impact of the ammonite has been felt throughout history. Not only has it served as an important scientific sort of benchmark (as an index fossil, that can be used as a marker of the age of its surrounding sediment), but it worked its way into the culture of medieval civilizations, too. In England, the ammonite fossils where called "serpentstones," and were believed to be petrified snakes (who could deny the resemblance?) with mystical powers. You can even find painted or sculpted snake heads on ammonite fossils from throughout history!

Ammonites may seem unassuming--but in their heyday, they made an impact on oceans (and land communities) far and wide! Want to see an ammonite for yourself? Thanks to the wide geographic distribution the mollusk saw, it's still possible to find fossils of it around the globe today!

Celebrating Earth Day on Your Monterey

7 Fun Ways To Combine Your Love Of Books & Boating 5 Fun Ways To Celebrate National Aquarium Month With Monterey Island Hopping: A Georgia Adventure Maximizing Your Time at the Marina