A Look at the Narwhal: A Not-So-Mythical Marvel 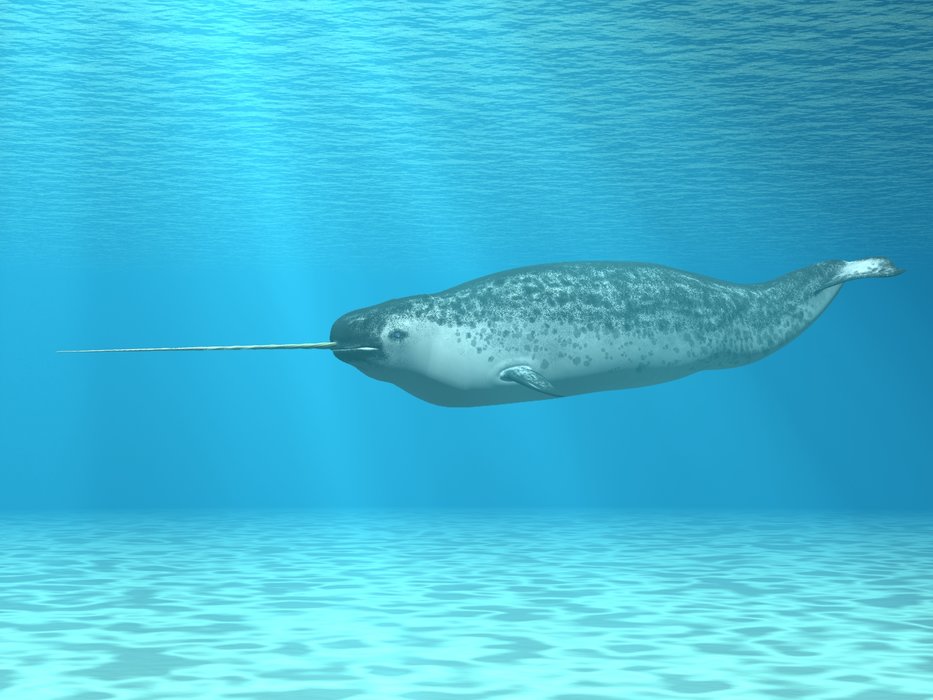 A marine unicorn might sound like the stuff of fiction—but think again! While we may not have evidence of unicorns, we do have something pretty close. The narwhal is a tusked whale that calls the icy Artic waters its home—and its unique physical appearance is just the beginning of its mystique!

Take a look below to learn more about this one-of-a-kind Arctic whale.

An appearance that surprises

You’d be forgiven for mistaking the narwhal for a mythical create straight out of the storybooks. Its appearance is characterized by a long, protruding tusk—but instead of jutting out of the narwhal’s head, the horn-like feature is actually a canine tooth.

Another key aspect of the narwhal’s appearance is its blotchy gray skin, a sickly look that earned the whale its name—narwhal comes from nár, an Old Norse word for “corpse.”

Aside from its distinctive tusk, the narwhal is very similar in appearance to its “cousin,” the beluga whale—in fact, the two whales are the only living species in the Monodontidae family!

The narwhal’s tusk adds to its mystique—but the real mystery lies in the use of the tusk itself! We know that the tusk is unique in that its exterior is soft and somewhat flexible, while its interior is dense and packed with nerves. This suggests that the tusk might be used for feeling and sensing the narwhal’s surrounding environment—although that theory wouldn’t explain why males typically have the tusks, and females usually don’t.

How the narwhal broke through to pop culture

The narwhal is native to some of the planet’s coldest waters, far away from most modern boaters or water recreationalists—so how did it become such a popular figure? The answer might have something to do with pop culture. The narwhal was featured in books such as Moby - Dick and Twenty Thousand Leagues Under the Sea , and, more recently, in the modern Christmas movie classic Elf! Thanks to the narwhal’s unique, often benevolent depiction, it has become somewhat of a symbol of the curiosity of the oceans.

Whether you’ve seen one on the water, or have only spotted them on the silver screen, the narwhal is a sea creature that might just prove the mantra: reality really is stranger than fiction!

Back to School Basics: Making Safety Fun for Kids

Animals of the North Pole A Closer Look at the Diving Bell Spider: The Underwater Arachnid The Mystique of Sea Glass Beaches Would You Dive in the World?s Deepest Swimming Pool?