A Keys Cruising Adventure, Above And Below The Surface 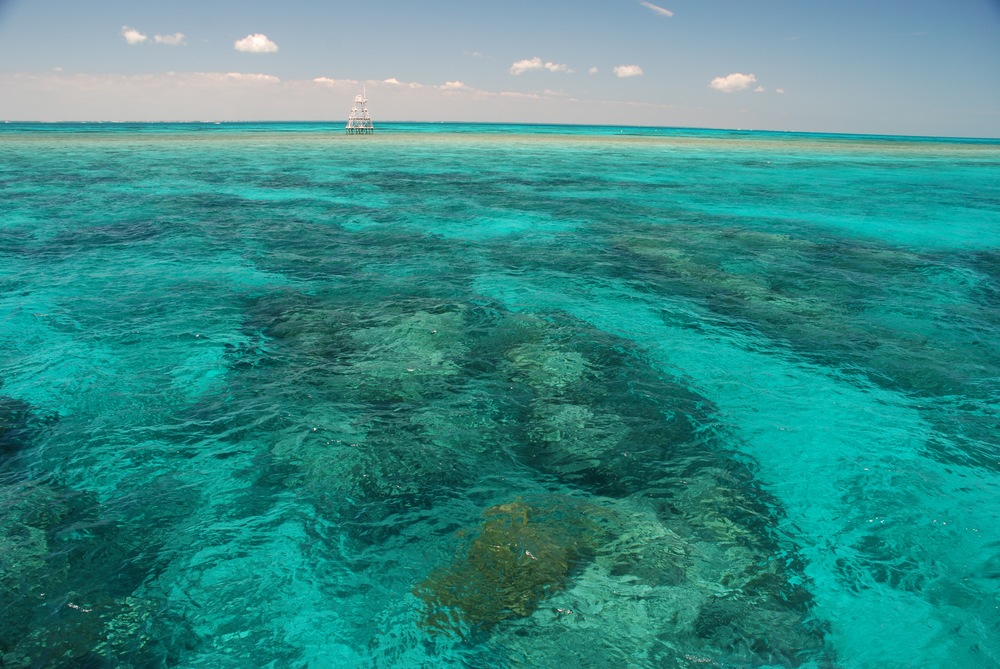 For most of the country, cruising weather is still a few weeks (or months) away – but not down in the Florida Keys, where a pristine on-the-water environment extends as far as the eye can see!

But down on this side of the Sunshine State, it’s not just about the brilliant blue surface or the swaying palm trees all around. The fun continues well underwater, too, where Keys color and character flourish in the form of snorkeling sites like John Pennekamp Coral Reef State Park.

Just keep cruising as we embark upon a virtual tour of the Florida Keys and the boating thrills abound here!

When you initially arrive in the Florida Keys, the first thing you will want to do is, naturally, hit the water! The best way to do this is from the comfort of your Monterey, which lets you effortlessly navigate varied Keys terrain like teeming flats and offshore sportfishing hot spots.

There is no shortage of routes to consider when cruising through the Keys. Take the Gulf side or hug the Atlantic coast and discover an entirely different experience on either path; watch stunning waterfront homes and hotels blur past as you cruise by, or keep your eyes on the ocean for the chance to spot playful dolphins and shorebirds skimming the surface.

Of course, one of the best ways to cruise the Keys might be from your very own wakeboard or pair of water skis! Several of the region’s remote beaches serve as natural windbreaks, meaning their waters are somewhat protected from the elements and retain a calm, glassy surface. In other words – it’s easy to enjoy your favorite water sports down in the Keys. When you want to chill out a bit, swap your skis or board for a paddleboard or kayak to get even closer to the water.

… or hang out with the native wildlife

The gorgeous views don’t stop at the surface, of course. The Florida Keys are home to some of the state’s – and the world’s – best snorkeling opportunities, so head beneath the sparkling surface for a chance to discover abundant plant and animal life, from colorful coral to tropical fish, sea turtles, lobsters and maybe even a manatee, if you’re lucky! (You can also try to spot the gentle “sea cow” with a canoe or kayak back above the water.) Experiencing this thriving world underwater can help you gain greater perspective for all the big stuff happening above the waterline and back on land, too. And another big benefit? The Keys’ myriad mangrove clusters serve as windbreaks, helping you enjoy a leisurely pace and little interference from the element as you discover the world beneath the surface.

One of the more interesting features of snorkeling the Florida Keys, though, is the presence of manmade creations alongside up-close natural wonders – from an old Spanish shipwreck to Christ of the Abyss, a whopper of a statue depicting Christ with outstretched arms. The mysterious but brilliant statue is unlike anything else you’ve seen on other snorkeling adventures – just one more reminder that there really is something special about this slice of the Sunshine State.

And of course, when you cruise, dive, or fish the Florida Keys, you can do so knowing you’re in some seriously good company. The gorgeous on-the-water escape has served as a favorite destination for famous locals and visitors alike, including beloved broadcaster Jimmy Johnson. In 2016, the famous football coach told Sport Fishing about how he developed a love for diving and fishing after beginning his coaching tenure at the University of Miami. He calls Islamorada “home” and loves fishing there (to no one’s surprise – they call it the Sportfishing Capital of the World, after all!).

One of the most alluring parts of the Florida Keys, in our book? All of that delicious seafood, infused with equal parts fried, Southern goodness and flavorful Caribbean flair! There are so many great ways to dig in, from catching and grilling your very own dinner, to dining dockside while barely leaving your boat. Small cafes and takeout venues make this the perfect place to pick up your choice of coastal fare, wherever your Monterey brings you for the day.

There are few places quite as scenic as the Florida Keys, so it’s no surprise that the island chain has served as a filming backdrop for a wide variety of films and TV shows! The environment often ends up playing its very own character, seen in works such as…

- License to Kill, the classic James Bond film that features locations such as the iconic Seven-Mile Bridge, Ernest Hemingway House and more.

- Bloodline, the Netflix original noir TV show about a family that operates a hotel in Islamorada. There are plenty of boating and fishing scenes – but because this is a tense thriller, they’re not quite as relaxing as your Monterey outing will be!

Just as the Keys have inspired all of these popular works of media, so too can they inspire your own creative side. Bring along a trusty camera or even, simply, your smartphone for a chance to capture the candid Keys moments that define your splashing adventure.

Whether you’re a local who wants to explore your marine backyard a bit better, or are counting down the days until your safe Sunshine State getaway, your Monterey has you covered for it all. We hope you’ve enjoyed this virtual foray into Florida’s favorite cruising playground!

5 Easter Activities To Enjoy On Your Monterey Boat

It's time for a night dive! Alligator Reef Diving the Duane The Eagle