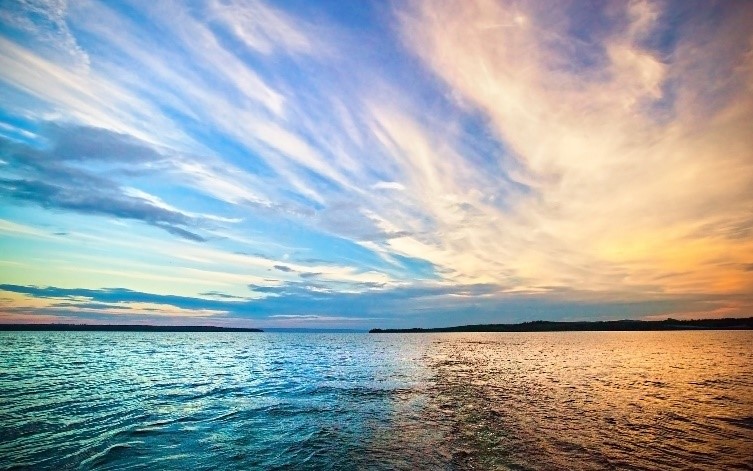 Are you used to cruising up the coastline on afternoon boat trips, or meandering around local lakes and rivers?

There’s no wrong way to boat, and these inshore experiences can sure pack thrills of their own! But if you haven’t yet explored the “great offshore,” we think this summer is the perfect time to try.

Take a look below as we explore some of the reasons why an offshore trip could be just what your boating routine’s been needing.

Any time you switch up your surroundings, you feel refreshed—like you’re exploring something completely new. The same, of course, holds true when you move offshore.  It’s an all-new environment—a little quieter, since you’re removed from the hustle and bustle of shoreline buzz, and it’s as if the entire horizon is before you. And of course, it’s hard to beat the view: nothing but the sun, waves, and your fellow anglers for miles.

It refines your boating technique

There’s more than a visual shift when you head offshore—it takes a unique set of skills, too. Gravitating from the shoreline often requires improved navigation and a sense of alertness for other boaters, or to know when the next big catch is about to turn up. It also calls for some simple, but important calculations, such as following the “one third” rule which states that you should only go so far as one third of your fuel will take you, leaving one third to get back to shore and one third for backup. It’s a handy rule of thumb that can help you enjoy the depths of offshore boating with ease.

You can enjoy a more tranquil experience

Like we said, offshore boating is often a bit quieter than your standard cruise along the coastline. Being able to enjoy that newfound tranquility when you’re craving a more laidback outing is a great thing!

You’ll be able to find new kinds of fish

Of course, if you’re an angler, you owe it to yourself to cast your line in a variety of environments, including the ones found a bit further offshore. Since the water gets deeper the further you go out, you’ll have more of an opportunity to find bigger catches that dwell in greater depths.

At the very least, going offshore is a means of diversifying your fishing fun on the water—and who doesn’t want that?

You can do it all

Of course, you never need much more of a reason than “because I can” when it comes to going offshore! The build and fuel efficiency of Monterey boats gives you a chance to enjoy the best of both worlds, whenever the opportunity arises.

What’s your favorite part of going offshore? Let us know below!

5 Fun Ways to Commemorate a Catch

Monterey and More at the Miami International Boat Show Relax In Style This Summer - The Top 4 Boating Destinations In 2019 Your Summer Sendoff: Monterey Style 10 Ways to Get Ready for Summer Boating