While today you might rely solely on your on board GPS, and most lighthouses are unmanned (if not out of service entirely), those traditional beacons are still important today! They serve as foolproof safety devices for boaters who may find themselves lost in the dark, and continue to represent a history of seamanship and safety on the water.

In honor of National Lighthouse Day on August 7th, we’re taking a look back at some of the earliest lighthouses in history. They’re something to think about as you venture out on the water this summer!

For about as long as boating has been a means for commerce, lighthouses (in some form or another) have been around. The earliest ones were simply fires started on hilltops and raised platforms—they were made to signal where a port was for boaters on the ocean. These eventually evolved into stone structures that would more permanently establish light posts for ports. The earliest (and by far most impressive) one of these was the Pharos of Alexandria.

The Pharos of Alexandria, named for the island it was built upon (and today known as the Lighthouse of Alexandria), is thought to have been built between 280 and 247 BC, making it one of the earliest known lighthouses on record. Measuring in between 393 and 450 feet, the Pharos was no small feat—in fact, it was one of the world’s tallest manmade structures for several hundred years, earning it a spot as one of the seven wonders of the ancient world. A furnace lit the top of the beacon… a step up from the simple (and fleeting) fires that had been previously used to mark a port.

Apart from the Pharos being a feat of ancient Greece, it is notable for something more as well: its eventual disappearance into the sea. A 956 earthquake badly damaged the Pharos and its foundation—this was only worsened by subsequent earthquakes in 1303 and 1323. By the next century, the Sultan of Egypt had used what was left of the Pharos in constructing a fort.

The rest of the Pharos’ remnants would not be found for more than 500 years. In 1994, French archaeologists discovered pieces of the ancient lighthouse on the bottom of Alexandria's Eastern Harbor. Today, divers can visit the site for themselves and scuba dive around its remnants!

Other ancient lighthouses, such as the Tower of Hercules in Galicia, Spain, offer a look into early lighthouse construction methods and design—but none quite parallel the impact of the Pharos. Just look at the Spanish or Italian word for lighthouse—faro—or the French—phare!

Today, you may take the presence of lighthouses for granted as you head out to sea—but without the foundation set by ancient beacons like the Pharos, could we possibly have an entirely different boating and port culture? This National Lighthouse Day, take the family to a local lighthouse and think about how far this staple of boating around the world has come. 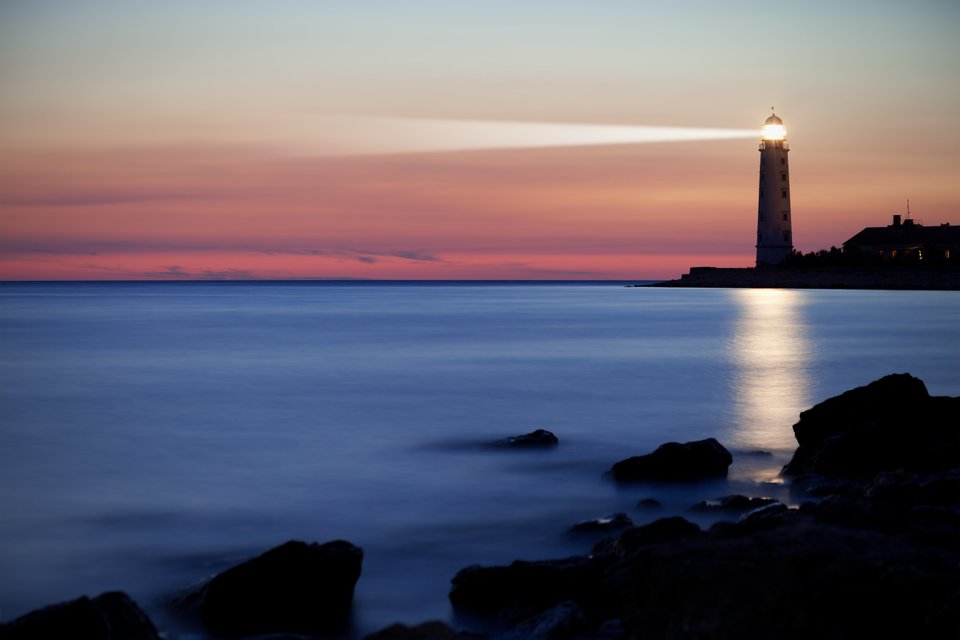 App-lying Safe Practices with the USCG