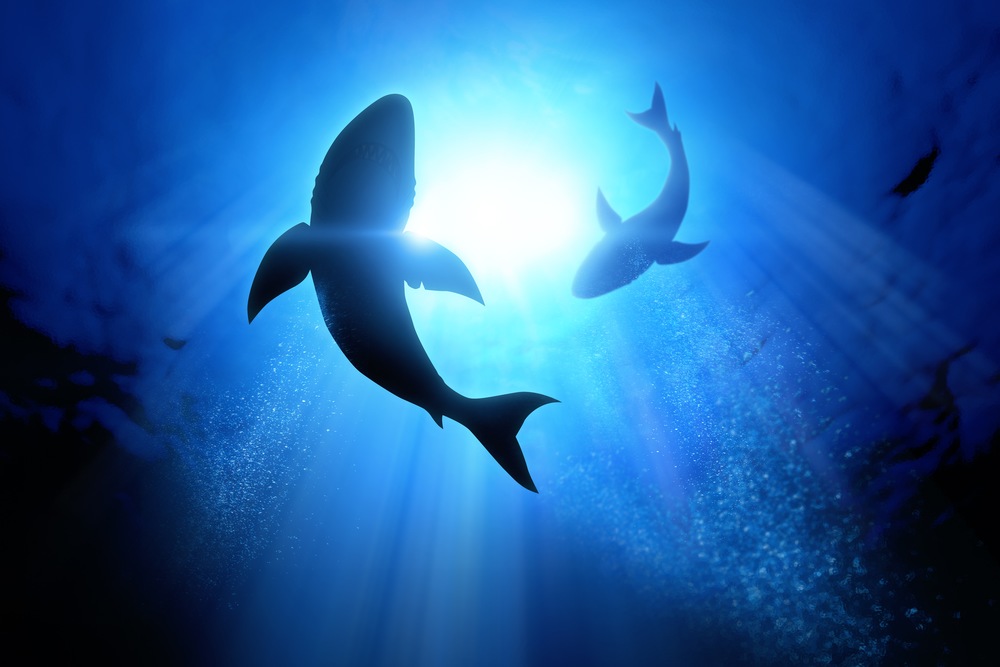 We all know the likes of Neptune and Poseidon--gods of the sea in Roman and Greek cultures, who ruled with cunning and wrath--but what about the lesser known lore of the oceans?

In Hawaiian mythology, one key player of the seas was Ukupanipo--a shark god who played a big role in the success (or failure) of anglers on the water.

Take a look at today's blog to learn about this eccentric fixture of Hawaiian mythology!

A temperamental check on the seas

You may guess that the god of weather, waves or even fish would be held responsible for dealing with the fishermen of that culture--but think again! In Hawaiian mythology at least, it was a shark--the figurative "king of all fish" who would keep potential catches away from the shore to punish humans, or move them close to the shore to show favor. Either way, there was no catch--good or bad--that went beyond the shark god's control.

A policing of fish quantities wasn't always how Ukupanio spent his time. He also was known to take on children who needed help on the ocean--once they were under his wing, he would even teach them his shapeshifting secrets, and the power to transform in and out of shark form, like he could!

As modern day readers, it's fun to imagine a world where we prayed to sharks for a good day on the water--and respected the toothy sea creature more than we feared them! While we humans do love a good shark documentary (as is evidenced by the annual Shark Week event on the Discovery Channel), our current relationship with sharks is definitely one with roots in the "stay-as-far-away-as-possible" mindset.

While history may remember the "big players" of Rome and Greece when it comes to mythology, we think benevolent figures like Ukupanipo are just as interesting--especially when you consider the bad rap sharks have received throughout the years.

All Aboard for Breakfast

The Great White Shark Tagging Project Chatham, Massachusetts: A Town Changed by Sharks Where in The World Is the Earth?s Oldest Living Vertebrate? Christmas, Hawaii-Style