A Profile on Poseidon: Figure of the Seas 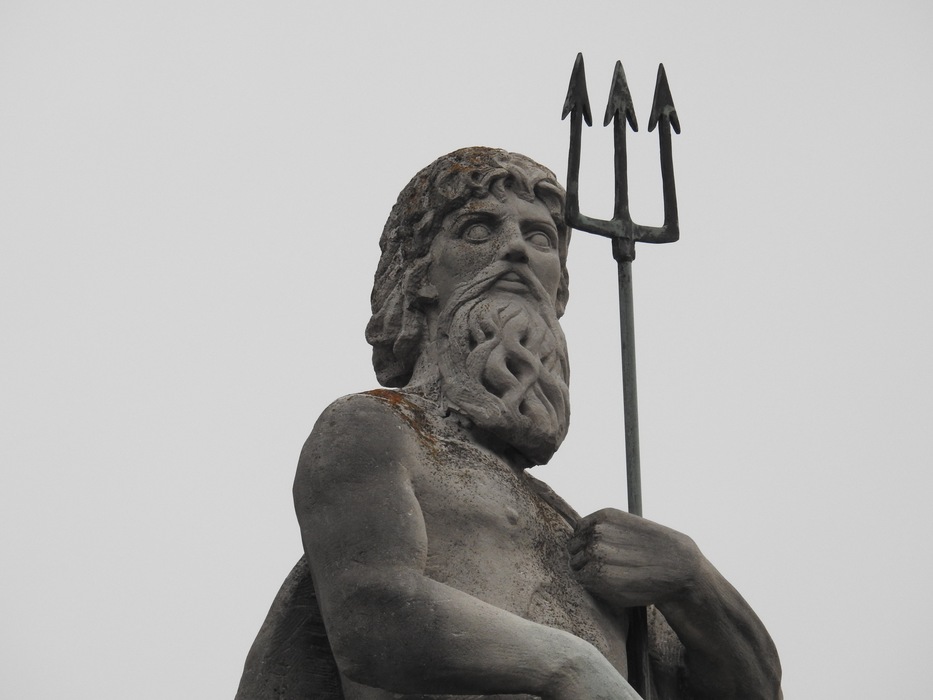 Tall, bearded, and always portrayed with his famous trident, Poseidon is an instantly recognizable symbol of the seas—but just how much do we know about this enigmatic god of the sea?

In today’s blog, we aim to find out!

Poseidon wasn’t alone in his dominion of the Greek world—as the legend goes, he and his brothers were each put in charge of one section of the world. His famous brother, Zeus, commanded the skies, while Hades dwelled in the underworld, leaving Poseidon to the open ocean.

Poseidon as a multifaceted figure

Like we just mentioned, Poseidon was placed in charge of the seas—but that wasn’t his only area of specialty! As a multifaceted hero in Greek mythology, Poseidon was also the god of horses and even earthquakes, which he could create with a strike of his trident to the ocean floor. When you realize just how volatile Poseidon’s personality was, you understand how it was important for the Ancient Greeks to do well by their gods—after all, if his wrath could lead to unchecked destruction, it was definitely worth it to keep him appeased.

Poseidon was said to have ruled the seas more than a millennium ago—long before sailors had the luxury of GPS and other helpful navigational tools. That’s part of what made him such a constant figure for boaters, who would seek him out and ask him to guide the way or provide for safe travels.

We mentioned that Poseidon was the god of horses, but what earned him that title? It all started—as many stories of the gods do—with romantic intentions. Poseidon wanted to impress the goddess, Demeter, whose domain was the on-land interests of grain, harvesting, and agriculture. To do so, he attempted to create a string of animals—one of them being the horse we know and love today! His attempt didn’t work at swaying Demeter, but it did lead to a special place for horses in Greek mythology.

There’s no Greek city more recognizable than Athens—but what if this ancient city went by a different name? If not for a specific moment in Greek mythology, we might now know this place as the city of Poseidon!

As the story goes, when the city we now know as Athens was starting out, Athena and Poseidon competed to see who could serve as the city’s patron and namesake. Poseidon’s attempt at winning over the city’s residents was to hit the ground with his trident and cause sea water to spew out. Athena, on the other hand, used her moment in the spotlight to plant an olive tree, a symbol of peace and prosperity for the growing city. They loved it—and the rest, as they say, was history. It’s still fun to imagine what Greek culture would be like had its most famous city been based around Poseidon himself!

Poseidon may be a readymade representative of all things marine, but even his unique appearance can’t quiet convey the surprising history and anecdotes that lie below the surface!

Testing Out Your Sand Savvy

Getting to Know Ukupanipo: Hawaii's Shark God Conquering the Cetus How Pi Figures Into Your Favorite River Father's Day Around the World