It’s time for the next installment in our Legends of the Sea, this time we’re diving into the legend of the Cetus.

If you’re not familiar with the Cetus, it’s commonly depicted as a large fish, whale or shark in Greek mythology.  It was also referenced as a serpent like water-beast by Greek artists in several works of art.

In mythology, Ethiopia was attacked by Cetus after Poseidon was maddened when Cassiopeia had proclaimed her daughter Andromeda had more beauty than the Nereids. The Nereids were a group of 50 sea nymphs. Poseidon was relatively close to the Nereids as he was most often accompanied by them throughout the tales.

During the attack on Ethiopia, the Nereids chained Andromeda to a rock as a sacrifice to the Cetus. She was later rescued by Perseus who was the slayer of the Cetus in several stories.

The Nereids received a bad reputation in the tale of the Cetus, rather than harming sailors as sirens typically did, the Nereids offered their assistance to sailors in peril.

Next time you’re sailing on your Monterey Boat, keep a look out for the Cetus! 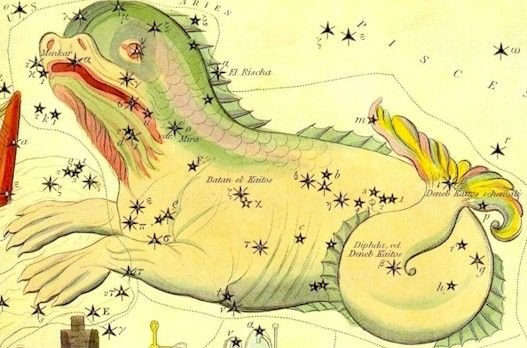 Happy Halloween! Cruising Through Cranberry History Discover Gold Rush Gems On Your Monterey Boat What Does Your Favorite Thanksgiving Dish Say About Your On-The-Water Personality?