A Look at the Albatross 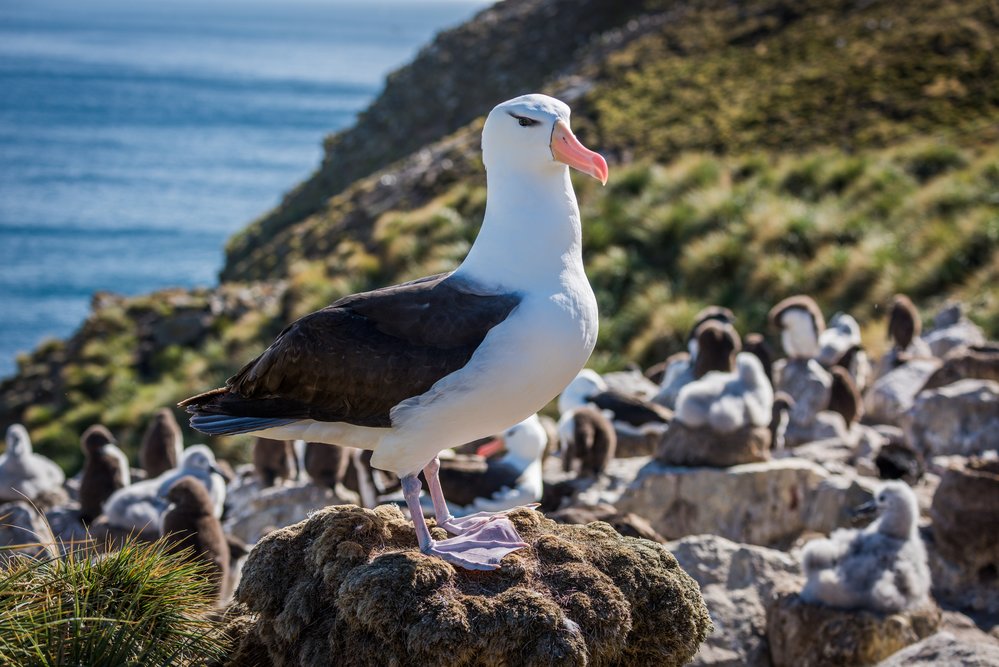 When it comes to seabirds, you would be hard pressed to find one quite as large and majestic as the albatross. With its light feathers, large wingspan and sweeping movements, the albatross in action is a sight worth witnessing in person—until you can, however, we’ve got you covered with six facts about this one-of-a-kind group of seabirds.

They have the largest wingspan of all birds alive today

Their prehistoric ancestors may have boasted larger wingspans, but today the albatross holds the record. Great albatrosses have wingspans that can grow just past 11 feet—about the length of two grown men! Their giant wingspan aids in their command of the skies and seas.

That’s right—albatrosses love to dance! Of course, their form of dancing is all part of an elaborate ritual that’s meant to attract a life mate. These dances can include clucking, calling, wing spreading and even staring. Once the right mate is found, the dancing will come to an end and the two will pair up for life.

They can live long lives

Our literary culture recognizes the albatross

If you’re familiar with British literature, you might know the albatross from the poem “The Rime of the Ancient Mariner” by Samuel Taylor Coleridge. In the poem, a sailor shoots and kills an albatross—despite its help in guiding them from an ice jam—and brings bad luck to his ship. He is forced to wear the albatross around his neck as punishment for what he’s done, and since the poem, someone who “has an albatross around his neck” is described as someone with a hurdle to face or a burden to bear.

They can fly hundreds of miles without flapping their wings

Using a mix of slope and dynamic soaring techniques, the albatross can fly almost 1000 kilometers (more than 600 miles) without ever flapping its wings. It’s no wonder, then, that the albatross is perceived as one of the most majestic creatures of the sky.

You can’t find them just anywhere

Albatrosses can’t be found just anywhere—and that’s part of what makes them so attractive to tourists from around the world. These birds typically live in Southern Hemisphere Oceans and select parts of the North Pacific… so if you’re headed to any of these locations, be sure to keep an eye out for the elusive albatross!

Have you ever seen an albatross in person—or do you hope to on your summer travels? Let us know below!

Our Guide to the Bay Bridge Boat Show

Our Guide to the Catawba Island Boat Show