Hugo Vihlen and the April Fool

Did you know April Fools’ Day—or some variation of the day set aside for pranks on family and friends—is celebrated around the world, or that it’s been around in some form since medieval times? While you may want to use the day to play tricks on your family and friends (and who could blame you?), we thought we’d share a story about Hugo Vihlen, an American sailor who traveled from Casablanca, Morocco all the way across the Atlantic… and he did it all in his six-foot sailboat, April Fool.

Vihlen, at the time a Delta Airlines co-pilot living in Homestead, Florida, was an adventurer at heart. He embarked on his sailboat—technically, April Fool measured in at five feet, eleven inches—from Casablanca, Morocco, on March 29th, 1968. Over 84 days, Vihlen was able to sail 4100 miles, all while struggling with wind and strong ocean currents. He almost made the entire trip, but at around six miles off the shore of Miami, Gulf Stream currents pushed April Fool and himback out to sea, where Vihlen accepted food and water from a fellow boater; but he refused to quit his journey just yet. The United States Coast Guard Cutter Cape Shoalwater eventually picked up Vihlen and his boat, allowing for his safe passage back to Florida.

While Vihlen made his first journey in his famously-named April Fool, he returned to the ocean for another transatlantic trip in 1993, aboard his even smaller sailboat, Father's Day, which he sailed all the way to England.

When you find pictures online pertaining to Vihlen’s journey, you may be surprised at what you see—his boat was shorter than he was!

Does Vihlen’s adventurous journeys across the ocean inspire you to pursue your own record-setting trip? Tell us about your own crazy ideas are in the comment section. 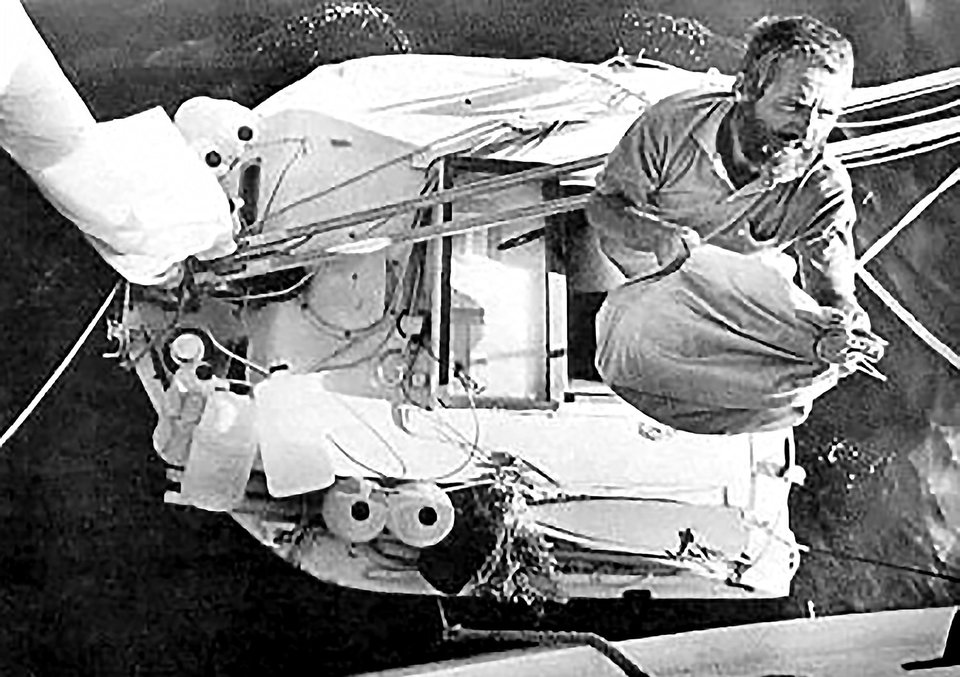 Happy National Clams on the Half Shell Day!

Preparing Your Kids for the Monterey Boating Season

April Fool's Day on Your Monterey: For the Sake of a Laugh The Greatest Meal on Earth Monterey's Guide to Celebrating National Submarine Day All Aboard for Breakfast