Get to Know the Pumpkinseed, Fall’s Favorite Fish 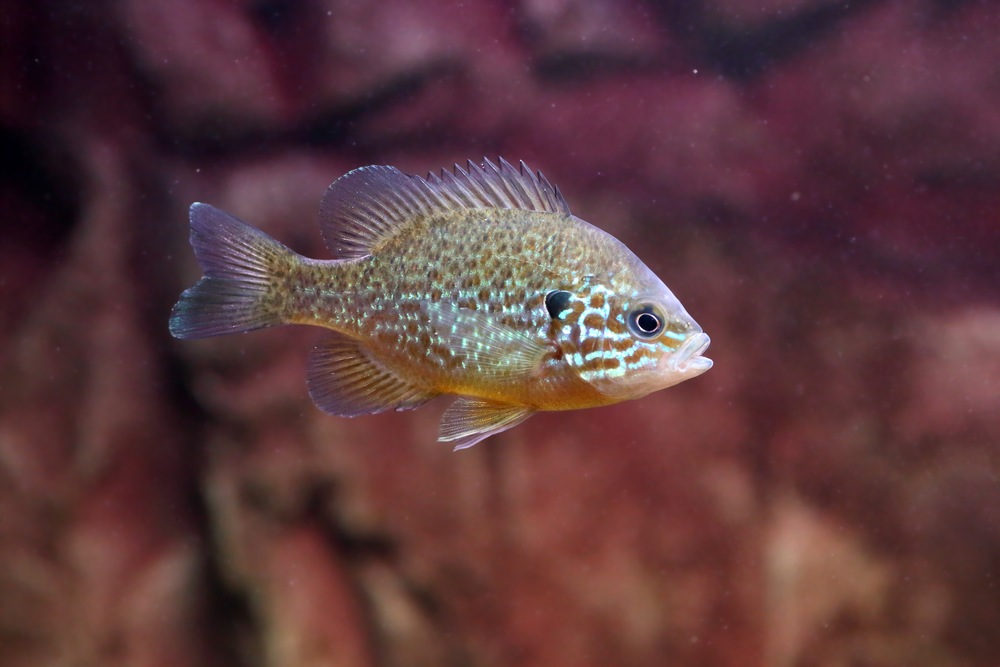 It’s small, bright and abundant in waterways across the Northeast… but this is one pumpkinseed you won’t find in your Jack‐o‐Lantern leftovers!

The aptly‐named pumpkinseed has a small, disc‐shaped body that quite resembles the favorite fall‐time snack—and for a tiny fish, it’s sure got a lot of character!

Take a look below as we get to know this one-of‐ a‐kind fish.

A fish with flair

As you might expect, the pumpkinseed does have its share of orange coloring—perfect for living up to its name. But in addition to orange, you’ll spot scales of glittering greens, yellows, and even blues throughout pumpkinseed’s exterior, making it one of the most vividly‐colored freshwater fish around. Distinctively wavy cheek markings set the pumpkinseed apart from its fellow sunfish, like the bluegill… and at an average length of about 4 inches, this shimmering fish comes in a petite package.

So you know that the pumpkinseed is beautiful… but is it rare to boot? As it turns out, this little fish actually has a big presence in ponds, lakes, creeks, and other waterways that provide ample opportunities for shelter. The pumpkinseed is native to North America, and in the US can most notably be found in the northeastern states. Because of its abundance in local waterways, the pumpkinseed often makes for an easy first catch for many novice anglers—the fish eats all day, and will happily take the chance to gobble up a lure or live bait.

… or a pesky problem?

Have you ever been out fishing for “the big one,” only to have your efforts complicated by the constant biting of a pumpkinseed? You’re not alone. While many anglers do enjoy fishing for pumpkinseed, the fish is so eager to grab your bait that it can almost keep you from the big picture task at hand.

Still—it’s hard to call catching a pumpkinseed a problem, especially when you consider just how favored this fish is out of the water. While you might not seek out pumpkinseed to bring home for dinner, the fish does have a prized flavor for those who do try their hand at cooking it. Packed with protein yet delightfully low in fat, the pumpkinseed makes for a pleasant surprise for unsuspecting anglers and at‐home chefs alike.

We can’t think of a fish more fitting for fall than the puny, playful pumpkinseed! Be sure to visit your favorite fishing hole before the winter cold sets in—you might just spot a pumpkinseed or two preparing for the season ahead.

The Surprising Journey of a Message?in?a?Bottle

Celebrate The Arrival Of Fall On Your Monterey Boat Cozying Up to Fall: 4 Ideas for Your Monterey Why We Love Fall Boating Exploring Fall Foliage on the Water