Fourth of July Traditions: Did You Know?

Happy Fourth of July! As we celebrate this favorite summer holiday on boat, at the beach, or with a poolside barbeque, it’s a great time to reflect on why we’re celebrating. Read on as we look at the history behind Independence Day, including some things you may not have known!

Independence Day could have been held on July 2nd.

That is, if John Adams had his way! It was on this day that the Continental Congress voted near unanimously for the move toward independence. In a letter to his wife, Adam wrote that the Second of July would be a day of celebration for future generations, one filled with “Pomp and Parade…” and “Bonfires and Illuminations from one End of this Continent to the other.” Adams turned out to be partially right, at least—he just got the date wrong!

It was even reported that Adams, who eventually became our country’s second president, would refuse invitations to Fourth of July events as a form of protest. Ironically, Adams died on the July 4th, 1826.

The first Fourth of July celebrations were quite different from what we know today.

Yes, John Adams called for pomp, parade, and light shows… but what many colonists did to celebrate was a little darker. Some held faux funerals for King George III, mocking their former king and embracing the birth of a new, independent nation.

The Fourth of July wasn’t always a federal holiday.

To be fair, the colonists turned countrymen did celebrate every year with parties, parades, public events, cannons and other festivities, but it wasn’t until 1870 that the US government declared the Fourth of July a federal holiday. In 1941, it was named a paid holiday for all of the country’s federal employees.

The first Fourth of July fireworks were set off a year after the Declaration of Independence was signed.

That makes sense—when the Declaration of Independence was first signed in 1776, it was a risky move that the colonists knew would likely end in repercussive actions. A year later, the war was still not over (and it wouldn’t be until 1783) but the colonists were relieved—and understandably so—to have fought and made it through a year since first declaring independence.

There is a debate as to whether or not Betsy Ross really designed the famous 1776 “Betsy Ross” flag.

The American Flag is universally considered as a symbol of our country, our plight under British rule and ultimate success in the fight for independence. The thirteen stripes and thirteen stars of the 1776 flag are typically attributed to Betsy Ross, who is often said to have been visited by George Washington himself and commissioned to make the five-point starred flag we’re familiar with. While it’s a well-known national story, however, there is no evidence that guarantees this actually happened. We can attribute the story to the grandson of Ms. Ross, who made the claim in the late 1800s. Nonetheless, Betsy Ross is still revered as a symbol of independence and fortitude in our country’s battle for independence.

There’s more to “The Star-Spangled Banner” than we think.

“The Star-Spangled Banner” is frequently played at sports games, public events, and of course, on the Fourth of July. The song seems to be ingrained in our nation’s history, like it has always existed from the very beginning—but that actually isn’t quite the case. The words to the song are pulled from a poem penned by Francis Scott Key called "Defence of Fort M'Henry.” The battle Key is referring to actually took place in the War of 1812, and while we sing the first stanza of Key’s poem, there actually three more (unsung) stanzas that many Americans are unaware of!

While “The Star Spangled Banner” is considered a truly American anthem, the music used to accompany Key’s poem actually comes from Anacreontic Society, a social club for men in London, England!

The Fourth of July used to be much more of a political event.

Today, the Fourth of July is seen as a unifying, celebratory event—and we could not imagine our political leaders using it as a way to further their campaign’s ideological platform. But in the 18th century, that’s exactly what happened! While public celebrations allowed Americans to enjoy a summer day and champion their country’s newfound independence, they also served as opportunities for up and coming political leaders to address their constituents and advance their goals—the two major parties, Federalists and Democratic-Republicans, would even hold separate celebrations to mark their parties’ distinction!

There is more than one “significant” Fourth of July in our nation’s history.

The Fourth of July is typically celebrated with the standard fireworks, outdoor celebrations, picnics and festivities—but in 1884, over 100 years after the signing of the Declaration of Independence, the nation found a very special way to celebrate. On the Fourth of July in this year, France formally presented the Statue of Liberty to the United States as a showing of support and respect.

The Fourth of July gives us a great chance to take pride in our country and reflect on its heritage in a truly special way. Now that you’ve brushed up on your historical knowledge, go out and celebrate! 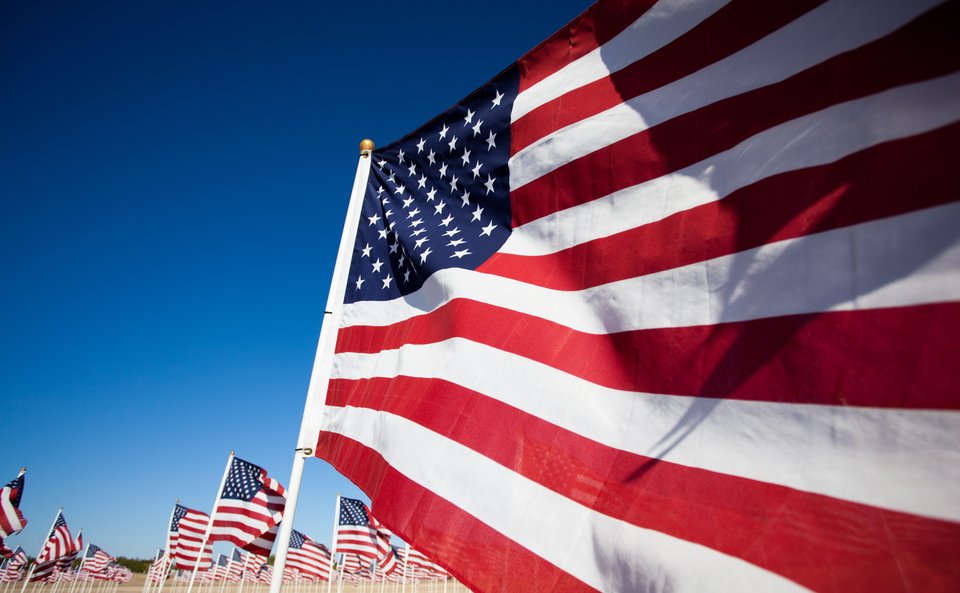 Top 20 Fireworks Displays For July Fourth of July Fun Across The United States 4th of July on the Water: 5 Festive Ideas for Your Monterey Happy Fourth! Monterey?s Guide to All-American Boating Destinations