Are you counting down the days until you can get back on the water? We’re right there with you! As you wait for the season to start back up again, it might help to indulge in some aquatic inspiration. We’ve put together a list of five unique, one-of-a-kind bodies of water to look at and learn about during the offseason.

Who knows? Maybe you’ll even get started on trip plans to one of these breathtaking spots in the coming months!

The Manicouagan Reservoir—also known as Lake Manicouagan or the “Eye of Quebec”—is a natural masterpiece, whether you’re looking at it from land or space! The lake is an annular one, meaning that it was formed as the result of a meteor impact. (Its unique ring-shaped appearance is behind the lake’s apt nickname.)

The lake’s vivid blue waters surround René-Levasseur Island, the landmass that sits at the center of the lake. Combine the rich water with the greenery and impressive Mount Babel (the highest point of the island), and the Manicouagan Reservoir is a natural escape worth visiting throughout the year!

More than 1.5 million people visit Turkey’s Pamukkale Travertine Terraces every year—and it’s easy to see why! The travertine terraces are filled with crystal clear, bright blue water and form a snowy or cotton-like appearance throughout the year—in fact, Pamukkale is literally Turkish for “cotton castle!”

Dominica’s Boiling Lake, located in Morne Trois Pitons National Park, boasts an expanse of pale blue, bubbling water that is constantly covered with a cloud of water vapor—the water is actually boiling! The lake is nestled between mountain peaks and is only accessible via a lengthy hike… but once you get there, the view makes it all worthwhile.

While we think Boiling Lake’s stunning view is worth the trip, you won’t be able to swim, boat or fish inside it. The waters, which can hit 180 to 197 at the edges alone, are the result of a flooded fumarole—an opening in the Earth’s crust.

Head to Oregon’s Crater Lake—located at the Crater Lake National Park—for a unique swimming, fishing or adventure experience in one of the world’s clearest and deepest lakes. The lake and its characteristically blue waters came to be following the volcanic eruption of Mount Mazama around 150 BC. Enjoy your day in the water, then settle down and watch as the sky and clouds are perfectly reflected in the crystal clear waters.

Russia is home to the world’s oldest and deepest lake, Lake Baikal. This expansive body of water isn’t only home to 25 million years of history—it boasts 1,700 species of wildlife (two thirds of which can’t be found anywhere else in the world!) and holds a whopping 20 percent of the planet’s freshwater supply.

These are some of the most interesting bodies of water out there… but there’s so much more to see! Let us know in the comments if you’ve been to one of these spots or have a unique favorite of your own. 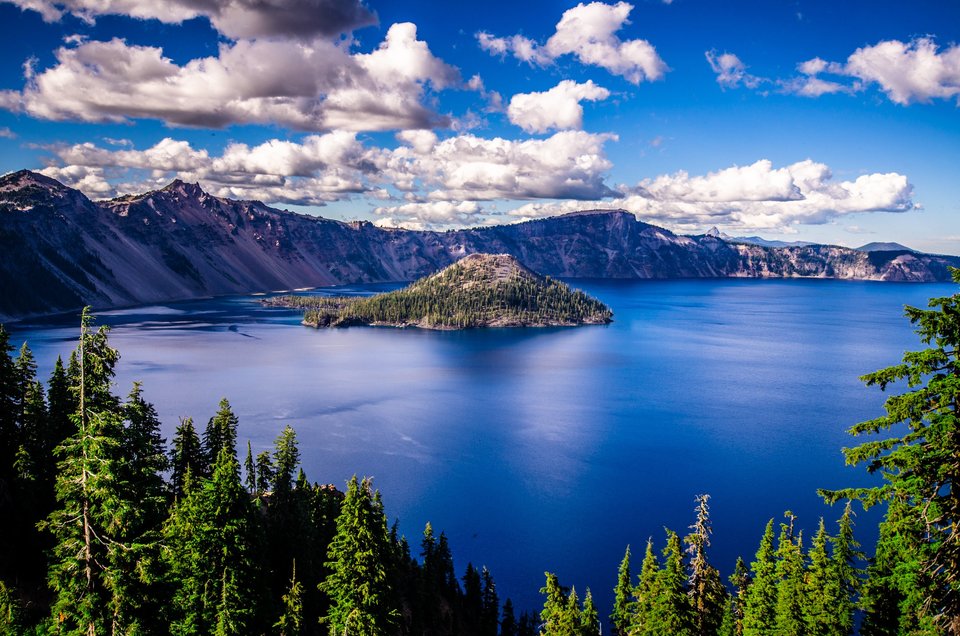 Boating: A Look at Water Color 5 Bodies of Water with Deceptively Spooky Names A Look at the Electric Eel From Shoals to Schools: A Look at Fish Communities