What's Behind a Red Tide?

Are you a boater who’s concerned about the nearby red tide—or are you just interested in what makes up the infamous phenomenon? Read on to find out what the red tide’s all about, and what it might mean for boaters this summer.

Recently, a massive red tide has been spotted 20 miles off Florida’s southwest coast—60 miles by 90 miles and 100 feet deep.

A red tide isn’t confined to Florida—although the state’s warm water is definitely part of the cause. It simply describes an abnormally high concentration of algae which can have harmful effects on marine life. It can also result in dark, reddish brown clouding of the water if the conditions are right. In Florida and the Gulf of Mexico, the species of algae responsible is Karenia brevis, or K. brevis. It occurs almost every year but can vary in intensity and size—this time, it’s taken the form of a pretty big bloom.

“Red tide” might sound like something straight out of sci-fi flick—but it’s not quite as scary as it sounds. Its effects are mostly felt by marine life, especially manatees who flock to the warm waters that algae blooms affect most.

As far as swimmers and boaters go, the bloom isn’t life-threatening—but it can give off a strong smell and it might produce some not-so-pleasant effects for those who have respiratory problems or skin sensitivities. The Florida Fish and Wildlife Conservation Commission at myFWC.com says to use common sense when in doubt. Don’t swim in areas that are particularly dark, or where you can spot dead fish in the water (although the tide doesn’t necessarily get close enough to affect swimmers).

For boaters, simply avoiding direct contact with the bloom (i.e. physically getting in the water) can be enough to prevent the algae’s effects. While on the water, if you encounter a bloom and start wheezing or coughing, just move out of that area.

Still don’t want to get near the red tide? Don’t worry—it can last as little as a few weeks and does not affect freshwater lakes or rivers! 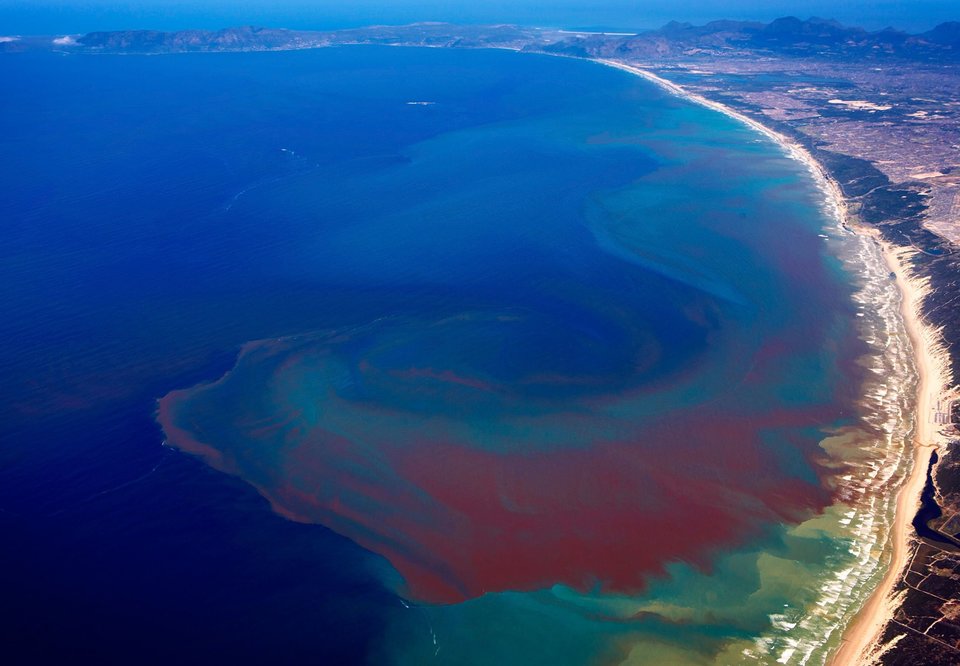