A few weeks ago, we talked about San Francisco’s Pier 39 and the famous group of sea lions that gather there. They left the Pier in June, as they do every summer, and left it empty for almost two months. Well now they’re back - and if they could talk, we think they’d have quite a story to tell!

While there are many reasons the sea lions might have left—some that depend on weather, food and other factors—the prevailing theory is that they headed south to mate and rear their young. Their trip might have looked a little like this:

May/June: New pups are born on the Channel Islands, off California’s south coast.

June/July: Most of the Pier 39 sea lions head south to mate. Most of the female sea lions live south and are rearing their young, so the largely male population in San Francisco is headed their way. This can leave the K-Dock virtually empty during the summer months, much to the dismay of summer tourists.

Late July: Juvenile females and non-breeding sub-adult males head back to their home at Pier 39, while the adult females stay south to take care of their still-young pups.

August and Fall: Some breeding males will travel north—even as far as Alaska and British Columbia, Canada!

Next time you’re in San Francisco, take along your Monterey and see the famous sea lions from the water—maybe when you hear that familiar barking, you’ll know at least a bit more about what goes into their amazing journey. 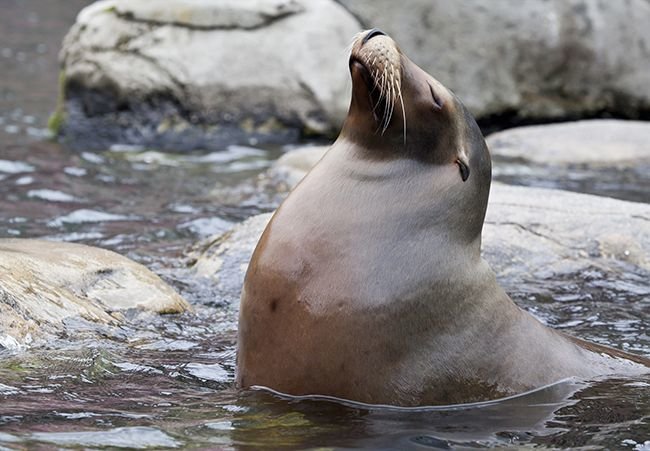 What's Behind a Red Tide?