If you have an opportunity to travel to Aruba this Summer, take a scenic tour of the California

Lighthouse. The lighthouse is named after the famous steamship, the California. The ship

wrecked in the area on September 23, 1891. Keep reading today’s blog to learn more.

not constructed until 1910, after several ships had already wrecked in the surrounding waters.

The S.S. California wrecked in 1981, 29 years before its construction. The California Lighthouse

continues to safely guide ships in and out of the harbor and is now fully automated.

It’s an old world stone design and rests on top of a high perch, overlooking the Western coast

of Aruba. Just below the lighthouse perch is one of Aruba’s many scenic beaches and a rocky

coral reef. There is also a golf course nearby with picturesque views of the lighthouse.

on the sand dunes. The dunes are also a great area to take a walk along the Aruba coastline. 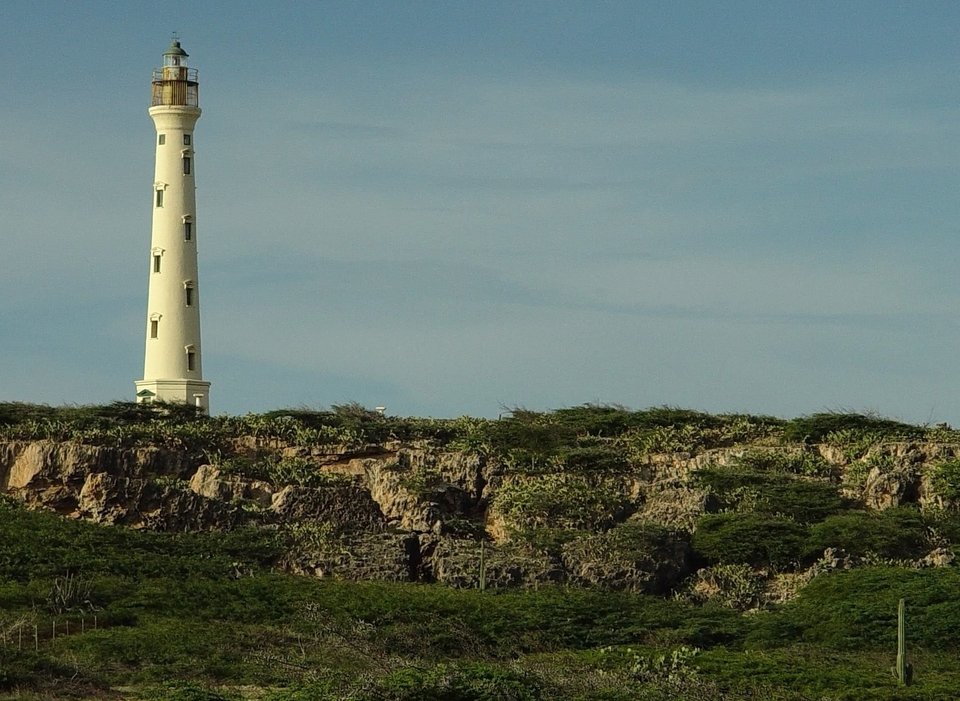