Our Shipwreck Diving series continues this week as we explore the RMS Rhone, a British vessel that wrecked during the San Narciso Hurricane on October 29, 1867. The Royal Mail Steam Packet Company owned the ship and used her to carry passengers and precious cargo between England and South America.

Several ships wrecked during the treacherous 1867 hurricane season. The Captain attempted to seek shelter during the calm of the storm, but became caught in the channel when the storm picked back up. The ship was thrown onto the rocks and split into two. Her boilers exploded after becoming entrenched with cold waters from the harbor. Unfortunately there were only 23 surviving crew members. Many of the passengers had been tied to their beds, a safety precaution during the time of the storm.

Today the RMS Rhone is a very popular dive site, near the Great Harbor of Salt Island. It’s a great area for beginner and intermediate divers since it rests in 30 to 38 feet of water, the deepest portions of the reef never exceed 85-feet. The wreck became a national park in 1967 and has since received several awards for its both its marine environment and history. The majority of the wreck openings are very large and provide plenty of room to swim through, advanced training is not needed for several areas within the wreck. If you’re planning to travel to the Caribbean this summer, we definitely recommend checking out this beautiful dive site! It’s written about in several diving magazines and is considered to be one of the finest sites in the world. 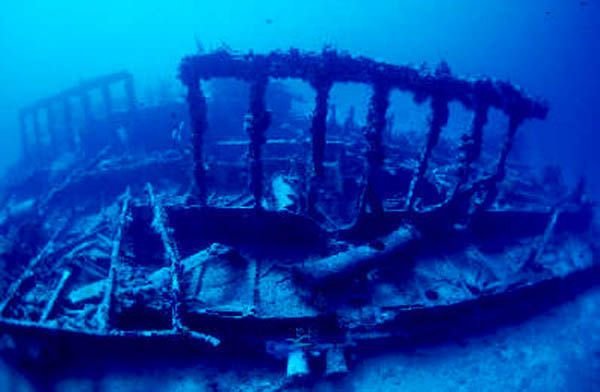 Life at the Reef

What Does Your Boat Name Say About You? Exploring Wine Country: Napa County?s Lake Berryessa How to Plan Your Next Island Hopping Adventure Exploring the Key West Lighthouse