The oldest standing lighthouse in North Carolina is the next stop on our lighthouse tour! The Bald Head Lighthouse took two years to build and was first lit on December 23, 1794.

It was built to direct traffic into the Cape Fear River and the port at Wilmington, a few miles up the river. However the lighthouse structure was threatened by erosion to the coast and was forced to be rebuilt further inland. The replacement lighthouse was completed in 1817 and affectionately became known as “Old Baldy.”

“Old Baldy” was lit in 1817 by keeper Sedgewick Springs, an American Revolutionary War veteran. Shortly after its construction the lighthouse was considered ineffective in guiding ships through storms and fog.  The lighthouse stood at only 90 feet high, with 15 lamps and reflectors. In 1854 it became necessary for a lightship to be placed among shoals lining the coast. Other improvements to the house were a Jones fog bell, other requests were denied so that the Cape Fear Lighthouse could be constructed.

It continued to guide ships through the Frying Pan Shoals after the construction of the Cape Fear Lighthouse. However both lighthouses were decommissioned in 1958 when the Oak Island Lighthouse was constructed.

In 1975, the Bald Head Island Lighthouse earned its place on the National Register of Historic Places.

On September 5, 1996, Bald Head Island residents took shelter inside the lighthouse from Hurricane Fran, a category 3 storm.  The lighthouse is considered to be one of the safest structures on the island.

Have you visited either one of the Bald Head Island Lighthouses? If so, share your stories and pictures with us on our Monterey Boats Facebook page! 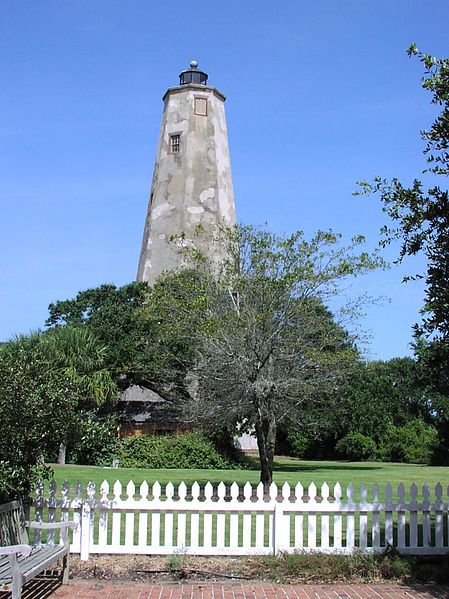 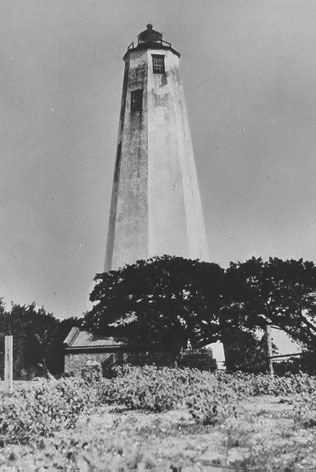 Diving Around the World