Spending the Day in Seattle, Washington

The Seattle Boat Show: Indoors and Afloat kicked off on January 24th and continues until February 1st. Our dealer Everett Bayside Marine is participating in this year’s show. If you’re planning to attend the The Seattle Boat Show, the largest boat show on the West Coast, keep reading today’s blog for an inside scoop on the show and fun things to-do around town!

First, let’s talk about the boat show! There will be two areas to tour boat this year, indoors at CenturyLink Field and afloat at South Lake Union. The show was originally intended to run until February 2nd, but it’s ending one day early since the Seattle Seahawks are playing in the Super Bowl! There are several great seminars happening throughout the week at CenturyLink Field, including: Don’t Leave the Dock Without It, Tuna Fishing Off Washington’s Coast, Anchoring Basics and more. Show admission is $12.00 for Adults, $5 for Youth, Ages 11 to 17 and free for kids 10 and under.

The Seattle Aquarium is a great place to learn more about marine creatures living in Puget Sound. Children of all ages will love spending their afternoon here after the boat show. The Sea Lion Show is highly rated by all visitors to the aquarium. There are also several hands-on exhibits including Life on the Edge, a touch and feel exhibit of animals living in the Puget Sound, including sea urchins, sea stars and hermit crabs.

Pike Place Market is a fantastic open-air farmers market in Seattle. It’s a great place to grab lunch or a late afternoon snack. The market first opened in 1907 and continues to provide visitors with freshly cut flowers, homemade jams and honey, fresh fish and several handmade products. The original Starbucks is also just around the corner, stop by and take a picture out front.

A visit to Seattle must include a stop at the famous Seattle Space Needle. Stop by later in the day to eat at the Space Needles revolving restaurant, located at the top of the attraction. The restaurant completes one revolution each hour. While you’re there, climb 520-feet to the observation deck!

We hope you have a great time touring Seattle and attending the Seattle Boat Show! Don’t forget to share pictures of your adventures with us on our Facebook page. 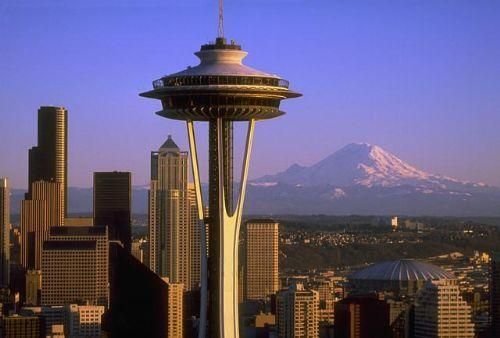 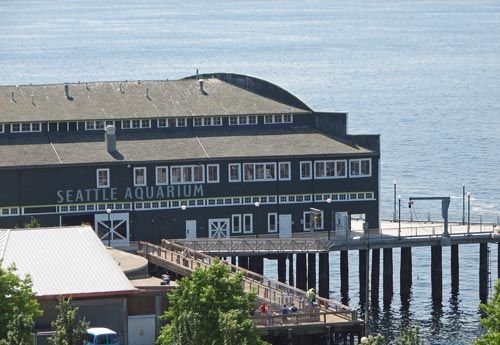 A Quick Tour of the Cape Florida Lighthouse

Boating in Full Bloom Florida Keys Shipwreck Trail: The City of Washington Embracing Rain Showers (and Beyond) Come and See Monterey at the Shows