Exploring the Ruins of the Lighthouse of Alexandria

The Alexandria Lighthouse was built by the Ptolemaic Kingdom sometime between 280 and 247 BC. At the time it was one of the tallest man-made structures, it stood more than 350 ft above sea level. Unfortunately the lighthouse was damaged during several earthquakes, sometime between 956 and 1323. It was eventually abandoned and left to ruin by the local government. The lighthouse became the third oldest surviving ruin but was eventually completely demolished in 1480 when the last of its materials were used to build the Citadel of Qaitbay.

Ptolemy I Soter, also known as the first Ptolemy, proclaimed himself King in 305 BC, right after the death of Alexander the Great. He is the one who commissioned the construction of this great lighthouse. The lighthouse took 12 years to complete and was finished during the reign of the late Kings’ son, Ptolemy II Philadelphus. The light was emitted from the top of the tower by a wood burning furnace made of limestone.

In 1994, several French archaeologists found its remains in Alexandria's Eastern Harbour, on the seafloor. Archaeologists belonging to the UNESCO Convention are working hard with the Egyptian Government to preserve the site where the lighthouse once stood. 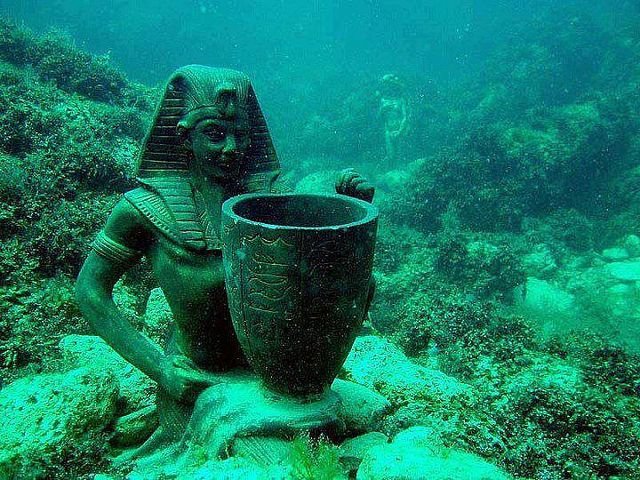