Boating folklore isn’t something new to us—sirens, the Lost City of Atlantis, even the Loch Ness Monster have all made their way into the culture of boaters around the world. Most of us write these stories off as just that—stories, nothing with any weight or semblance to reality. Do you feel the same about the mysterious Bermuda Triangle?

Don’t worry—we don’t think there’s much truth to that legend. After all, some of the world’s best spots for boaters are off Florida’s East Coat and throughout the Caribbean, where the Triangle is situated! But just like with any legend, there are still believers who insist that something’s up. Here are just some of their theories:

Aliens: That’s right—whether they claim that the Bermuda Triangle is home to submerged alien technology, or serves as a portal for extraterrestrial travel, adherents to this theory say that the oddities of the Triangle can only have one truly out-of-this world explanation. This theory is backed up by reports of pilots encountering mysterious conditions above the ocean, like the unnatural white (then green) water Lieutenant Charles Carroll Taylor found in 1945. We’ll chalk this one up to violent Caribbean weather and an unfamiliar environment.

Time vortex: This theory gained some weight in 1970 when a Florida trio, led by Pilot Brue Gernon Jr., flew into a cloud with “no lightning bolts” and “extraordinarily bright white flashes that would illuminate the entire surrounding area.” The men reported that they’d flown 30 minutes away from where they should’ve ended up, but their experience in the cloud only took up three. Sounds like something right out of a sci-fi flick! This theory might not be completely off, however—one report suggests that the men had experienced a sunspot and solar wind which affected the Earth’s magnetosphere.

The consensus? Don’t worry. Most of the theories you’ll hear about the Triangle (or about any seafaring peril, for that matter) can probably be explained by rare weather or human error. Enjoy your Caribbean vacations and your summer outings as usual—while the odd conspiracy theory is fun, we think a warm sun and clear waters are even better. 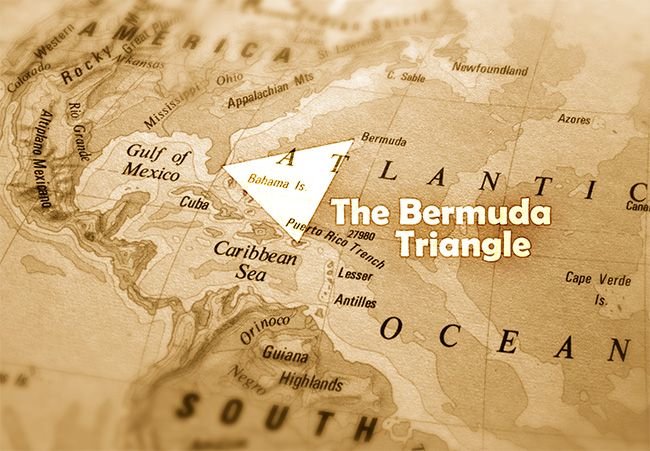 Watching The Clouds: A Boating Guide

Family Fun on Your Monterey Boat